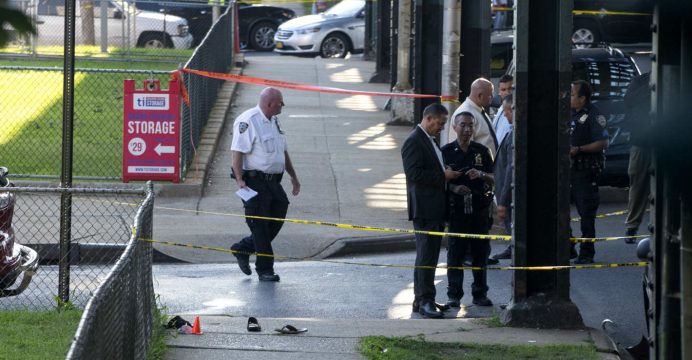 A Bangladeshi national has been killed after he was shot in New York City.

The deceased was identified as Ariful Yakub Rony, 24, who hailed from Feni’s Daganbhuiyan Upazila. He lived with his family near the intersection of Church Avenue and McDonald Avenue in Brooklyn.

Rony was shot and another Bangladeshi national was injured in a knife attack in the Flatbush area of Brooklyn on Thursday.

According to witnesses, four men were involved in an argument in front of an apartment building at 550 Ocean Avenue, said New York police. Rony was shot at one point and another man with Rony was stabbed. The perpetrators then fled.

After the incident was reported an ambulance brought Rony to the Kings County Hospital’s Emergency Room, where doctors declared him dead. The other victim was taken to the Maimonides Medical Centre for treatment. His name was not released to the media.

Rony’s uncle, Farhad Hossain, said Rony was paying for an education by driving a taxi. The family does not know why he went to the apartment building or who the man with him was.

Police say they are working to identify and arrest the perpetrators. Anyone with information regarding the crime is encouraged to contact the police hotline at 1-800-577-8477.

The funeral service for Rony will be held after Zuhr prayers on Saturday at the Darul Jannah Mosque in Brooklyn.