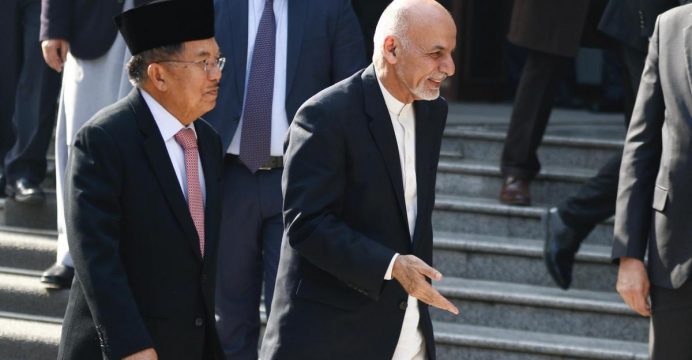 Afghan President Ashraf Ghani for the first time announced an unconditional ceasefire with the Taliban on Thursday, coinciding with the end of the Muslim fasting month, but excluded other militant groups such as Islamic State.

The decision came after a meeting of Islamic clerics from across the country this week who declared a fatwa, or ruling, against suicide bombings.

A suicide bombing claimed by Islamic State killed 14 people at the entrance to the clerics’ peace tent in Kabul.

The clerics also recommended a ceasefire with the Taliban, who are seeking to reimpose strict Islamic law after their ouster in 2001, and Ghani endorsed the recommendation, announcing a laying down of arms until June 20.

Ghani has urged ceasefires with the Taliban before, but this was the first unconditional offer since he was elected in 2014.

“This ceasefire is an opportunity for Taliban to introspect (sic) that their violent campaign is not winning them hearts and minds but further alienating,” Ghani said in a message on social network Twitter after a televised address.

“With the ceasefire announcement we epitomize the strength of the Afghan government and the will of the people for a peaceful resolution to the Afghan conflict.”

There was no immediate reaction from the Taliban.