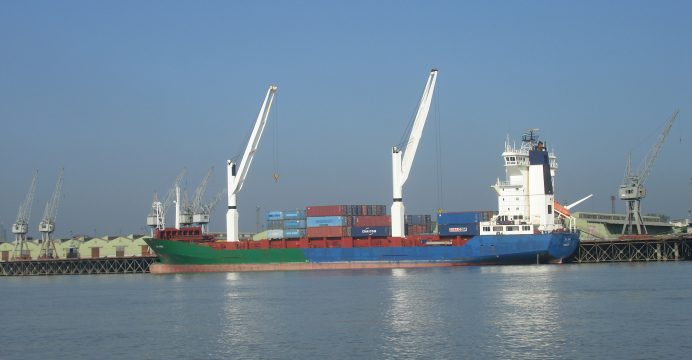 Sea captain missing after slipping into water at Chattrogram Port

A sea captain has gone missing after slipping into the Karnaphuli River from his ship docked at Chattogram Port.
Navy, coastguards and port authorities have launched a rescue operation after the mishap that happened around 8:45pm on Monday.

The captain has been identified as 57-year old Vasileios Markopoulos, a Greek.

His ship, Evinia, is carrying the flag of Cyprus. The ship carrying steel pipes and machinery from China anchored at the jetty no. 7 of the port earlier in the day.

Lt Col Md Abdul Gaffar, the port’s director of security, said Markopoulos was going down a rope ladder to check the draught when he slipped.

Another port official said Markopoulos could not hold the line thrown by his crew due to strong current during low tide.

The rescue operation was under way at 11pm.