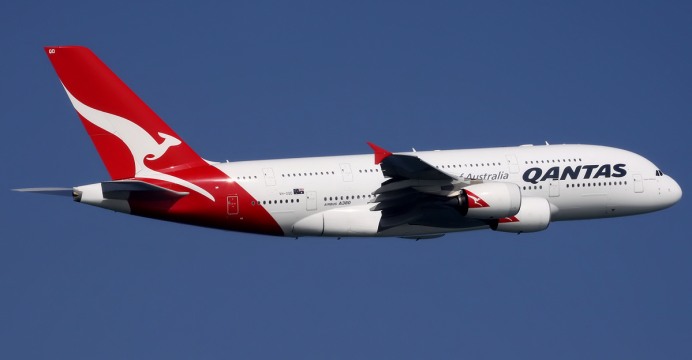 Australian Foreign Minister Julie Bishop on Tuesday criticised China for pressuring Qantas Airways Ltd to change its website to refer to Taiwan as a Chinese territory, in comments likely to ramp up tensions between the two countries.

Qantas said on Monday it had decided to comply with a request from Beijing to remove references on their websites or in other material that suggest Taiwan, Hong Kong and Macau are part of countries independent from China.

Australia’s government already adheres to the one-China policy, which means it does not recognise Taiwan as a country.

However, Bishop said in an emailed statement that how Qantas structured its website was a matter for the company.

“Private companies should be free to conduct their usual business operations free from political pressure of governments,” she said.

Her comments were later echoed by Deputy Prime Minister Michael McCormack and Defence Minister Marise Payne, who said businesses should make their own decisions.

China’s embassy in Australia did not immediately respond to request for comment.

Self-ruled Taiwan is claimed by Beijing as a Chinese territory, and has become one of China’s most sensitive issues and a potential military flashpoint. Hong Kong and Macau are former European colonies that are now part of China but run largely autonomously.

Sino-Australian relations have soured in recent months, just two years into a free trade pact after Canberra accused Beijing of interfering in its domestic affairs.

China denied the allegations, and lodged a formal diplomatic protest.

Before the latest comments, analysts had suggested Australia may be forced into offering a concession to Beijing, such as allowing Huawei Technologies Co Ltd to bid to build the country’s 5G telecommunications network.

Such a move would mark a significant about-turn after Canberra banned the Chinese company from bidding to build Australia’s broadband network in 2012, citing concerns over Huawei’s rumoured close ties to China’s government.

Australia has yet to rule Huawei out of the running, and the Chinese firm has ramped up public lobbying.

“Companies like Huawei are privately owned, not owned by any committee or any government, and should be looked at and put into a competitive tendering,” John Lord, chairman of Huawei’s Australia unit, told Australian Broadcasting Corp radio on Monday.