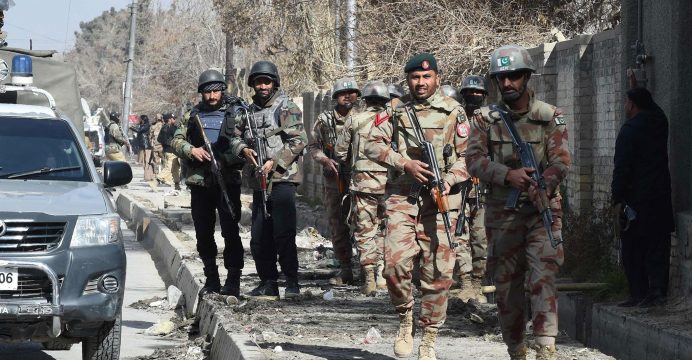 A suicide bomber on Monday exploded a device near Muslim clerics who were leaving a giant tent in the west of the Afghan capital of Kabul where they had gathered to denounce terrorism and call for peace, security officials said.

Details of casualties were not known and no group immediately claimed responsibility.

A series of bombings in Kabul has killed dozens of people in recent months and shown no sign of easing during the Muslim holy month of Ramadan.

Gunmen armed with assault rifles and grenade launchers stormed the heavily fortified headquarters of the interior ministry on Wednesday, battling security forces for more than two hours in the latest attack on Kabul.

In April, two explosions in Kabul killed at least 26 people, including nine journalists who had arrived to report on an initial blast and were targeted by a suicide bomber.

A week earlier, 60 people were killed and more than 100 wounded when a suicide bomber blew himself up outside a voter registration center in the city.

Militant group Islamic State has claimed many attacks in Kabul but security officials say several are much more likely to be the work of the Haqqani network, a group affiliated with the Taliban, who are seeking to re-impose strict Islamic rule after their 2001 ouster by U.S.-backed forces.