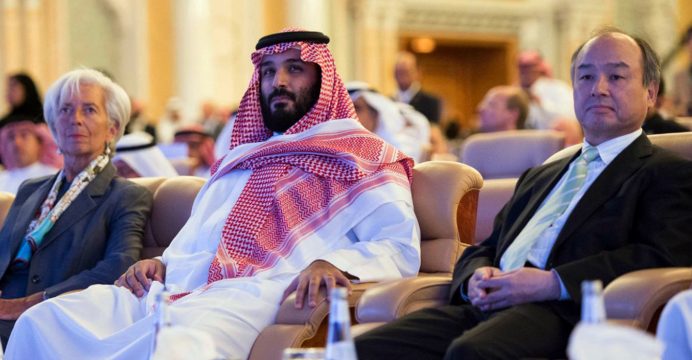 Saudi Arabia has temporarily released eight people accused of communicating with organizations opposed to the kingdom but is holding nine others in detention, state news agency SPA reported on Saturday.

In a statement, the public prosecutor said the detainees had admitted to communicating and cooperating with individuals and organizations opposed to the kingdom, recruiting people to get secret information to hurt the country’s interests, and offering material and emotional support to hostile elements abroad.

The statement did not identify the detainees, and Reuters was unable immediately to verify their names.

A total of 17 people were arrested, eight of whom have been temporarily released, comprising five women and three men, the statement said. Nine people, five men and four women, remain in detention “after sufficient evidence was made available and for their confessions of charges attributed to them”.

International rights watchdogs have reported the detention of at least 11 activists in the past few weeks, mostly women who previously campaigned for the right to drive and an end to the kingdom’s male guardianship system, which requires women to obtain the consent of a male relative for major decisions.

The United Nations called on Saudi Arabia on Tuesday to provide information about the arrested activists and ensure their legal rights were guaranteed.

On Sunday, the chief of the religious police, officially known as the Commission for the Promotion of Virtue and Prevention of Vice, hailed the prosecutor’s statement and warned against groups and individuals who “target the government’s security and stability”.

A ban on women driving in the kingdom, set to be lifted on June 24, has been hailed as proof of a progressive trend. But the recent arrests have soured that image.

The government announced two weeks ago that seven people had been arrested for suspicious contacts with foreign entities and offering financial support to “enemies overseas”, and said other suspects were being sought. It did not name the detainees.

Activists and diplomats have speculated that the new wave of arrests may be aimed at appeasing conservative elements opposed to social reforms pushed by Crown Prince Mohammed bin Salman. It may also be a message to activists not to push demands out of sync with the government’s own agenda, they said.

State-backed media had labeled those held as “agents of embassies”, unnerving diplomats in Saudi Arabia, a key ally of the United States.

Prince Mohammed has courted Western allies in a bid to open up the deeply conservative Muslim kingdom and diversify its oil-dependent economy, the region’s largest.