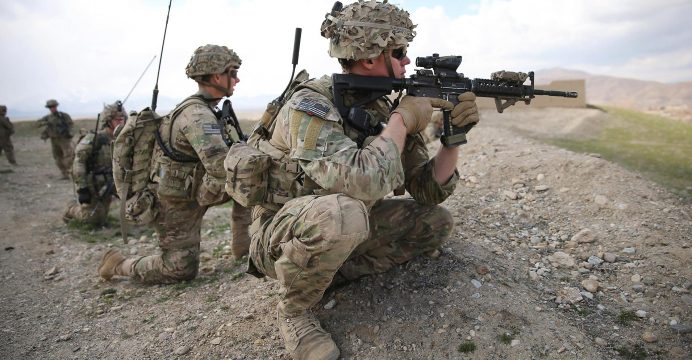 Syria’s foreign minister said on Saturday that U.S. forces must withdraw from the Tanf base in the south, and that Damascus had not engaged in talks over the country’s southern region.

Walid al-Moualed also told a news conference that the government had communicated with the U.S.-backed Syrian Democratic Forces (SDF) but no negotiation process had started.

He said Raqqa city, which SDF militias control, “must be rebuilt and liberated” from any foreign presence.