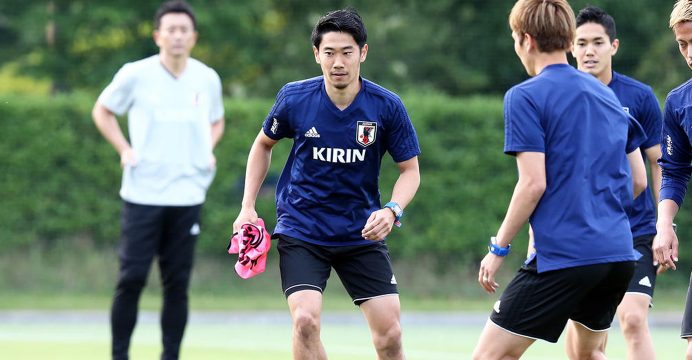 Trouble-hit Japan will hope star power can reverse their flagging fortunes after new coach Akira Nishino named his 23-man squad for the World Cup in Russia on Thursday.

The former JFA technical director, who took charge after predecessor Vahid Halilhodzic was controversially fired last month, took no risks as he turned to his old guard, including talismanic forward Keisuke Honda and playmaker Shinji Kagawa.

Japan, beaten 2-0 by Ghana on Wednesday in Nishino’s first game as coach, face Colombia, Senegal and Poland in Group H at the World Cup.

Forward Shinji Okazaki, who has won a Premier League title with Leicester City, and defenders Yuto Nagatomo and Maya Yoshida will also bring experience to a Blue Samurai team low on confidence.

“In a short space of time as coach, I’ve been charged with a very tough job to select 23 players,” Nishino told reporters.

“I’m confident in this group and believe they can rise to the occasion, despite last night’s result,” added the 63-year-old, constantly sucking his teeth in a nervous display broadcast live on Japanese television.

“I don’t want to make concrete predictions but hopefully we can pick up points game by game and get through the group stage.”

Okazaki and Kagawa, who had both been struggling with injury, returned to the Japan side as substitutes on Wednesday — the one silver lining for Nishino on a tough night. 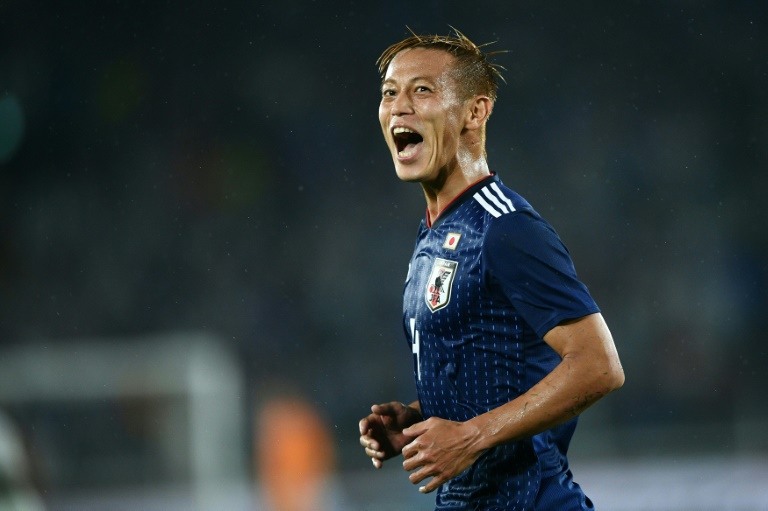 Kagawa and Honda were two of those thought to have been at loggerheads with Halilhodzic, who was unceremoniously dumped by JFA president Kozo Tashima citing a breakdown of communication between the players and the
firebrand Franco-Bosnian.

“We go (to Russia) in good shape with a strong nucleus and some veteran players,” said Nishino, set to face intense pressure at the World Cup after his employers took the high-risk decision to switch coaches.

“The nucleus of the team is strong and we have a good balance. I believe this team can showcase Japanese football to the world.”

Japan travel to Europe to take on Switzerland on June 6 and Paraguay on June 12 in final tune-ups.

They take on Colombia in their opening World Cup game on June 19.