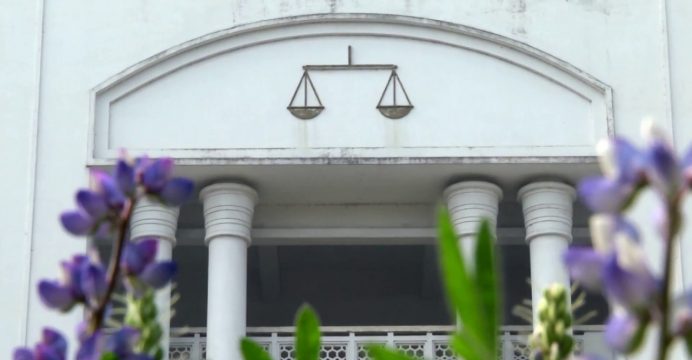 Rape case can be filed anywhere in Bangladesh

The High Court has issued a ruling that any case relating to rape, sexual harassment and similar incidents can be filed with any police station, no matter whether the incident takes place under its jurisdiction.

The HC on Sunday asked the officers-in-charge of all the police stations across the country to record such cases without any delay.

The court also instructed the authorities concerned to compulsorily send samples of such incidents to a forensic laboratory within 48 hours of filing of a case for DNA test.

An HC bench of justice Farah Mahbub and justice Kazi Izharul Akanda passed the order in the full verdict on a writ petition filed earlier by five human right organisations.

The writ was filed following the rape of a Garo girl on 21 May 2015. The girl was picked up from the city’s Kuril area and raped in a running car.

The victim and her family faced immense harassment while filing a case over the incident.

Finally, they went to the Bhatara police station around 6:30am where the officer-in-charge (OC) was absent.

They had to wait until 9:30am when the OC came and finally the case was registered around 12:30pm. The victim was sent to a hospital for medical test a day later.

The full text of the verdict was released on 22 April last, almost two years after the short verdict.

The HC issued an 18-point directive on investigation into rape incidents and filing cases over those, asking for compying with those until a specific law is formulated in this regard.

As per the directives, officers-in-charge of the police stations must record complaints of a rape victim, no matter wherever the incident takes place.

A server will have to set up immediately where victims can file their complaints and there will have to be a provision of taking legal actions against members of the police if they make delay in recording cases without any reason.

The court directed the ministries of home, women and children affairs, and law, and the inspector general of police (IGP) to take steps for formulating a policy based on its recommendations, directives and observations.