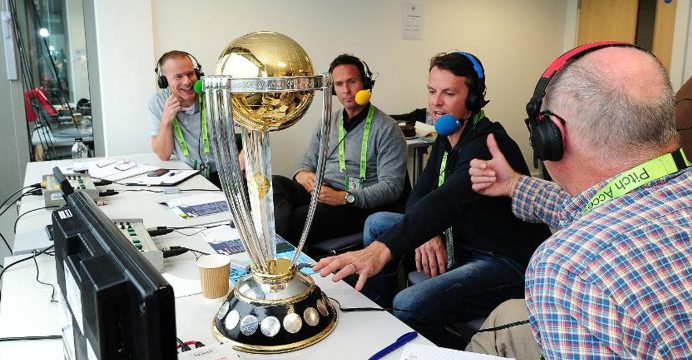 “That the ball-by-ball coverage of the tournament will be broadcast on BBC Test Match Special is great news,” said ICC Chief Executive David Richardson.

BBC Test Match Special has secured rights to broadcast ball-by-ball coverage of the ICC Cricket World Cup 2019, to be held in England & Wales next year.

Test Match Special will be broadcast to fans on multiple platforms across the United Kingdom, including on BBC Radio 5 live Sports Extra, Radio 4 Long Wave and the BBC Sport website.

The broadcast of the ICC Cricket World Cup 2019 is part of a long-term deal with Channel 2 Group Corporation, ICC’s Global Audio Rights Partner, who hold exclusive rights to sub-license audio rights to ICC events until 2023.

The deal will ensure that TMS covers all the ICC’s major events through to the 2023 Cricket World Cup in India – including the Women’s World Cup in New Zealand in 2021 and the men’s and women’s ICC World Twenty20 events.