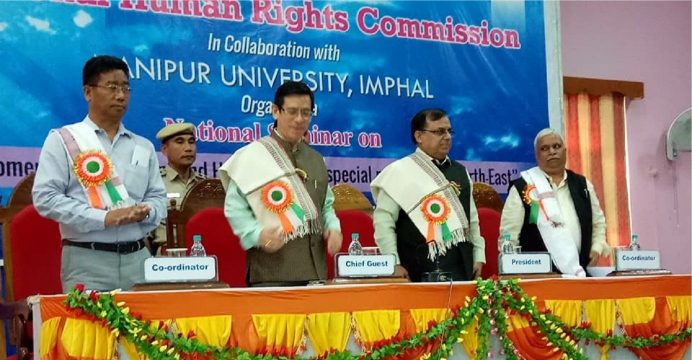 Seminar on women’s rights and liberties held in Manipur, India

A two-day interactive seminar on women’s rights and liberties in Manipur was a refreshing experience for the participants. Organized jointly by National Human Rights Commission, New Delhi (NHRC) and Manipur University at Imphal on 18-19  May 2018, the seminar titled ‘Women Empowerment & Human Rights: Special reference to North-East’ witnessed the participation of a number of women rights activists, research scholars, journalists and interested students.

Various speakers pointed out that the women in northeast India be it Khasi, Meitei, Assamese, Naga etc enjoy traditional liberties in the society.

Comparatively, they are in a better position than their counterparts in the mainland. However, increasing incidents of crimes against women, domestic violence, dowry episodes etc in the region emerged as a matter of serious concern to the participants. Prof Adya Prasad Pandey, vice-chancellor of Manipur University presided over the inaugural function, where NHRC joint-director Dr Muni Dev Singh Tyagi, its assistant director Dr SK Shukla, member Jyotika Kalra and MU professor N Lokendra Singh were present on the dais. 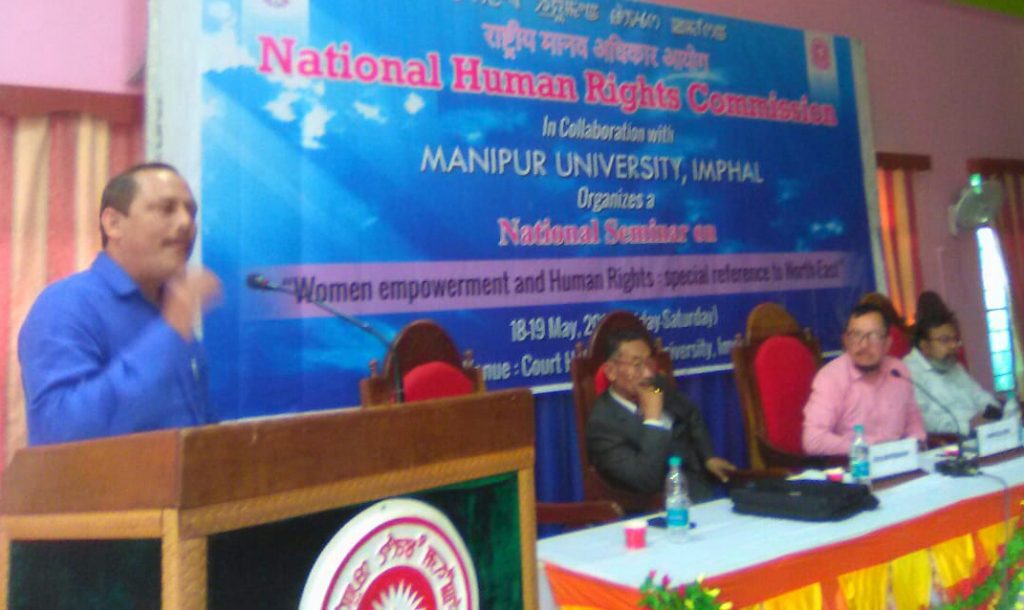 Arguing that if a woman is empowered, the entire family gets empowered, Prof Pandey stated that with proper empowerment policies their status could be enhanced. He mentioned about the Ima Keithels (mother’s markets)  of Manipur, where the ladies run their business and also manages the market as a whole.

Various technical sessions were addressed by distinguished speakers including  Dr  Anuja S from  Bengaluru, Hasina Kharbhih from Shillong, Dr Joram Anaya Tana from  Arunachal Pradesh, Prof H Subodani Devi from Imphal etc, where over 25  papers were presented in the seminar. Three senior journalists from eastern India namely Snehashish Sur from Kolkata, Pradip Phanjoubam from Imphal and Nava Thakuria from Guwahati also contributed in a session highlighting the role of media in the process of women’s empowerment.

Addressing the valedictory function, Justice N Kotiswar Singh of Manipur High Court emphasized on a collective initiative over the process of empowering women in the vast country. Appreciating the NHRC team for organizing the seminar, where the participants brainstormed for two days, Justice Singh expressed hope that new ideas would be generated, developed and nurtured with the interactions.