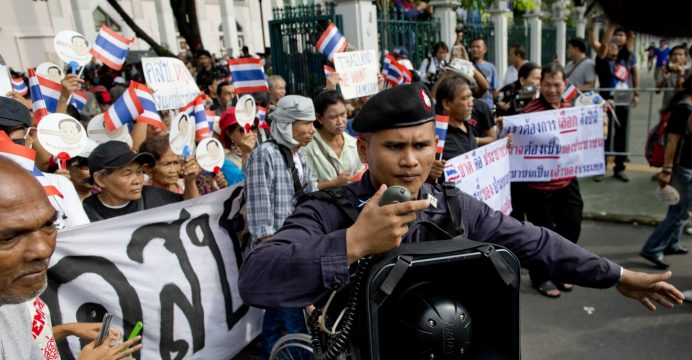 Anti-government protesters confronted police on Tuesday soon after they began a march from a university in the Thai capital to Government House to demand that the military government hold a general election by November.

Government House and surrounding streets were declared a no-go zone by police for the opposition march marking four years since a May 22, 2014, coup and have warned protesters not to defy a junta ban on public gatherings.

Around 200 protesters began marching from Thammasat University in Bangkok’s historic area but were met with barriers that had been set up earlier and a row of police wearing black uniforms. 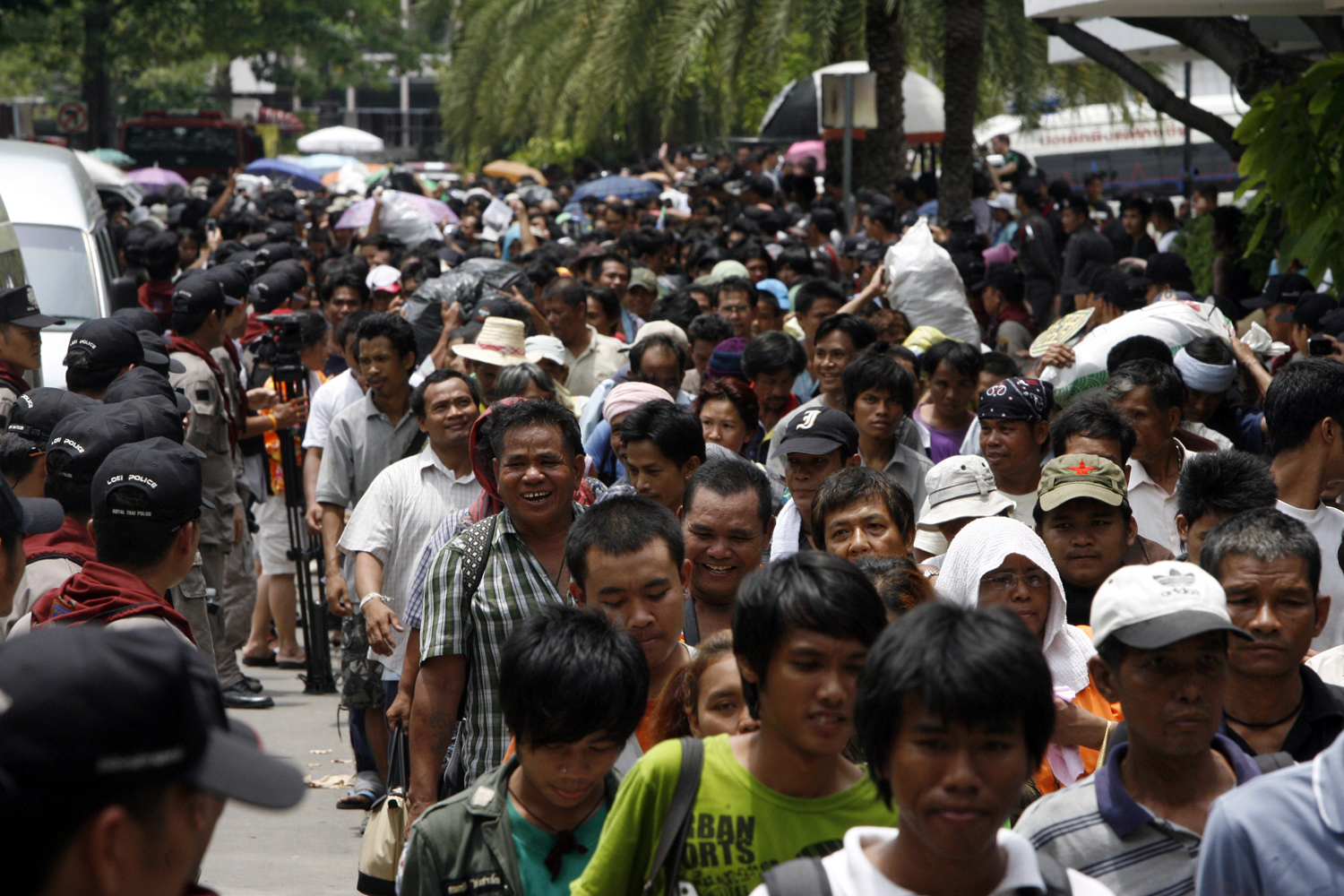 A handful of protesters pushed up against police for several minutes before backing off.

Protesters took shelter from the rain under umbrellas and blue plastic tents by late morning, putting a temporary stop to their plans.

“I hope they will let us walk out. We have no intention to prolong today’s activities. I think they will try to stop us … we will not use violence,” Sirawith told Reuters.

Police said up to 500 people showed up and warned protesters not to carry on with their march.

“Authorities will use the law 100 percent. If they walk out we will use the law immediately. We have put forces all around Government House … if they come in to these areas there will be a prison sentence of up to 6 months,” deputy national police chief Srivara Ransibrahmanakul told reporters.

“Police have no weapons. They are carrying only batons,” he said.

The junta, known as the National Council for Peace and Order (NCPO), said in a statement it had filed charges against five protest leaders for holding an illegal gathering.