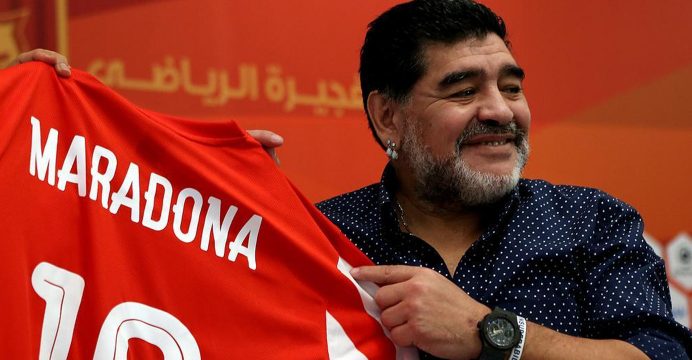 “Yes, Diego’s with us!” the club wrote on its official Twitter account late Tuesday, following media rumours over the weekend.

Maradona, one of football’s most divisive figures off the field, will oversee the “strategic development” of the club when he takes over following the June14-July 15 World Cup in Russia, according to a tweet.

Dinamo, based in the south-west of Belarus, are currently in eighth position in the country’s Premier league.