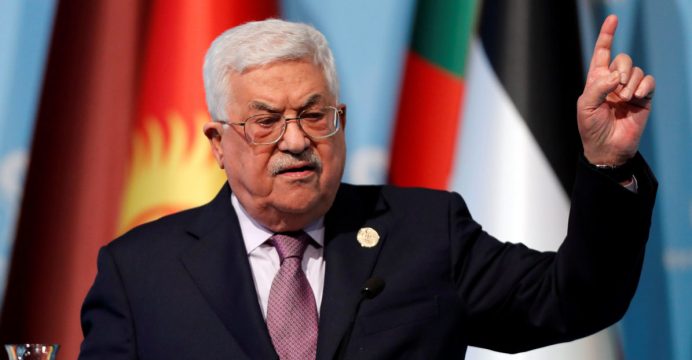 Palestinian President Mahmoud Abbas, 82, is undergoing minor ear surgery in a West Bank hospital and is expected to be discharged within a few hours, the official Palestinian news agency Wafa said on Tuesday.

Abbas’ surgery coincides with an escalation in Israeli-Palestinian tensions after Israeli troops shot dead dozens of Palestinian protesters on the Gaza border on Monday as the new U.S. Embassy opened in Jerusalem.

In February, Abbas was hospitalized in the United States for medical checks during a trip to address the U.N. Security Council in New York.

In October 2016, he was taken to hospital in the West Bank without prior public announcement for heart function tests which, a doctor said, showed normal results.

Abbas became Palestinian president after the death in 2004 of Yasser Arafat. He pursued U.S.-led peace talks with Israel but the negotiations broke down in 2014.

He is also chairman of the Executive Committee of the umbrella Palestine Liberation Organization, a position to which he was re-elected unopposed on May 4.