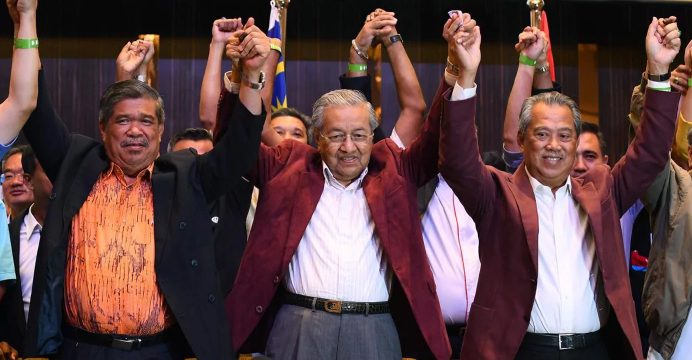 Malaysia’s Mahathir gets down to work after historic poll win

Malaysia’s new Prime Minister Mahathir Mohamad, 92, officially got down to work Monday after his shock election win last week that broke the six-decade stranglehold on power of a corruption-riddled regime.

The elderly leader, who is starting his second stint as premier after having previously been in office for two decades, arrived at the office of a foundation he runs in the administrative capital Putrajaya.

He arrived in a black car, which was part of a convoy that included police vehicles, and briefly rolled down the window to wave at waiting reporters. He was due to hold meetings with senior civil servants.

The stock market opened for the first time since Wednesday’s polls but did not slide as heavily as had been anticipated after Mahathir sought in a speech Sunday to calm investors. It initially lost 2.7 percent but quickly won back ground and was down just 0.2 percent about an hour after opening.

Local currency the ringgit slipped as much as 0.9 percent against the US dollar. 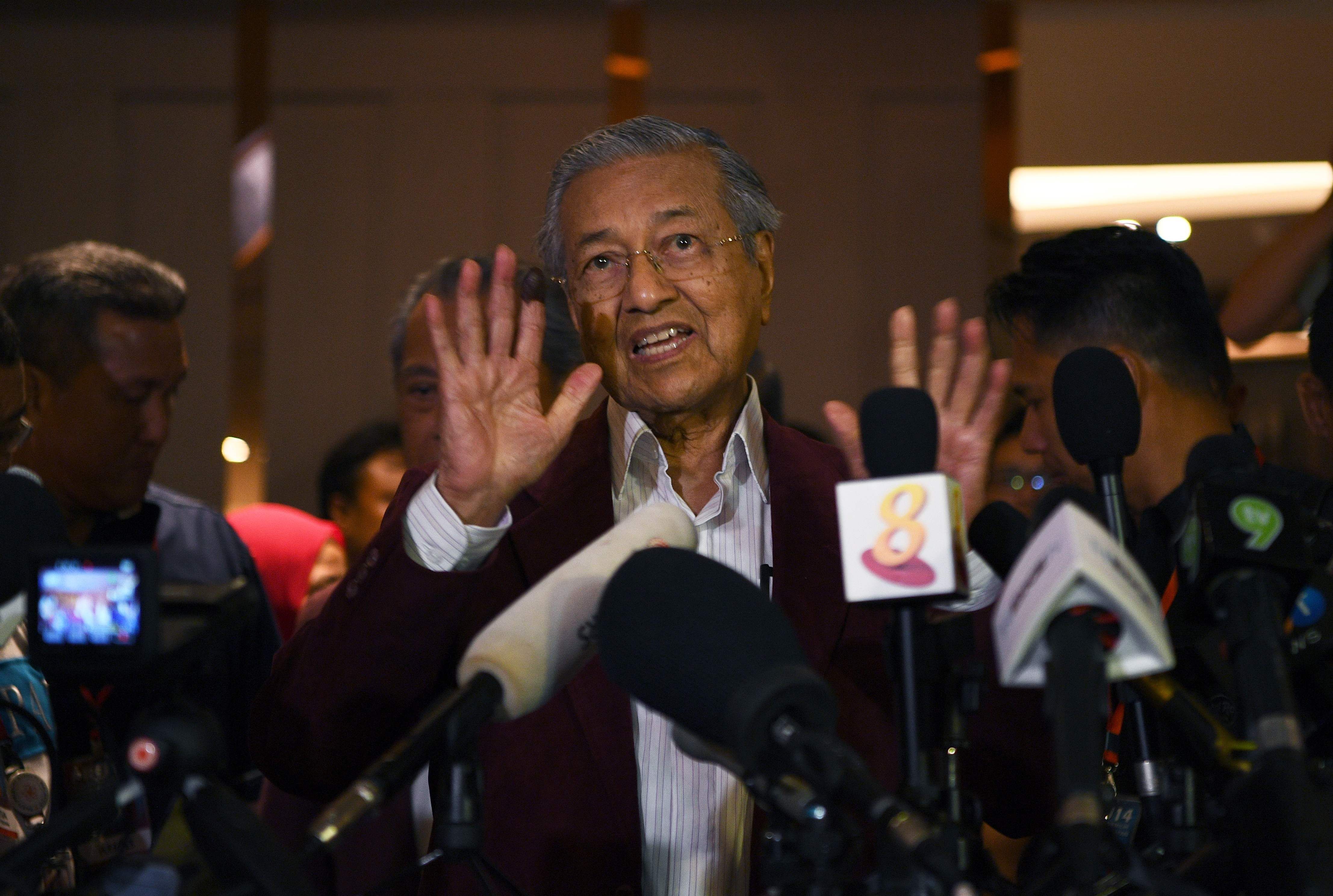 Ooi Chin Hock, a dealer with SJ Securities, told AFP he believed the “government is supporting the stock market to make sure there is not too much volatility”.

Mahathir stormed to an unlikely election victory at the head of an opposition alliance against the Barisan Nasional (BN) coalition and their corruption-mired leader Najib Razak, toppling the regime that had led Malaysia since independence from Britain in 1957.

Mahathi, who was himself accused of ruling with an iron fist in his first stint as premier is now the world’s oldest elected leader.

In an extraordinary volte-face, he threw in his lot with parties that he crashed while in power as they sought to oust Najib, who has been accused of involvement in plundering billions of dollars from sovereign wealth fund 1MDB.

Najib and the fund deny any wrongdoing.

At the weekend, Mahathir slapped Najib and his unpopular wife Rosmah Mansor with a travel ban as speculation mounted they were about to flee the country.

Najib had said he was planning a “short break” overseas but angry Malaysians descended on an airport from where he was expected to depart in a bid to stop the couple leaving.

Jailed politician Anwar Ibrahim — who was Mahathir’s nemesis but became a key ally as they sought to oust Najib — is expected to be pardoned by the king and released as early as Tuesday.