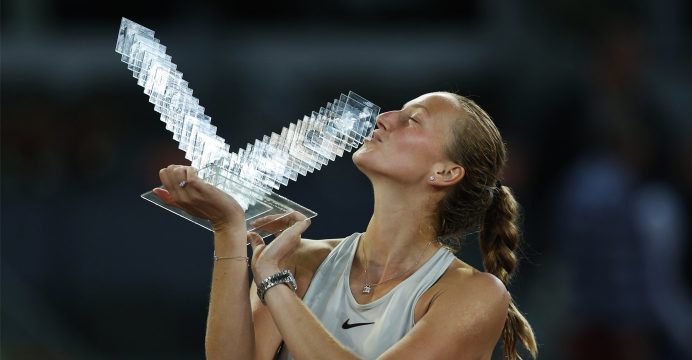 Petra Kvitova won the Madrid Open title for the third time on Saturday with a marathon 7-6 (8/6), 4-6, 6-3 victory over Kiki Bertens but dismissed talk of her as a potential Roland Garros champion as “crazy”.

World number 10 Kvitova, who was also the champion in Madrid in 2011 and 2015, has now claimed four titles in 2018 after triumphs in St Petersburg, Doha and last weekend in Prague.

Victory, on a chilly, damp night in the Spanish capital, took Kvitova two hours and 51 minutes against a gutsy, unseeded Bertens who had knocked out former world number ones Maria Sharapova and Caroline Wozniacki on her way to the championship match.

In a big-hitting, roller-coaster of a final, Kvitova claimed her 24th career title on the back of 39 winners and 58 unforced errors.

“It feels sweet and weird as well,” said 28-year-old Kvitova on becoming the first woman to win the Madrid title on three occasions.

“Even coming from Prague last week, I didn’t think I could be in the final, winning trophies back-to-back. My body is exhausted as well, so I’m pretty surprised that my body handled it.

“Every title feels great. Winning three times here in Madrid, it means something. It’s not really happening every day, so I’m very proud of myself.”

After her efforts in Madrid, two-time Wimbledon winner Kvitova, not suprisingly, announced she will skip the Italian Open in Rome next week.

With four titles under her belt already this year — two of them now on clay — Kvitova remained cautious over her chances of winning the French Open which gets under way in Paris in two weeks’ time.

“It’s crazy,” she insisted. “You know, I’ve been in a semi-final one year. Probably I can play well there. But on the other hand I know how tough it is. 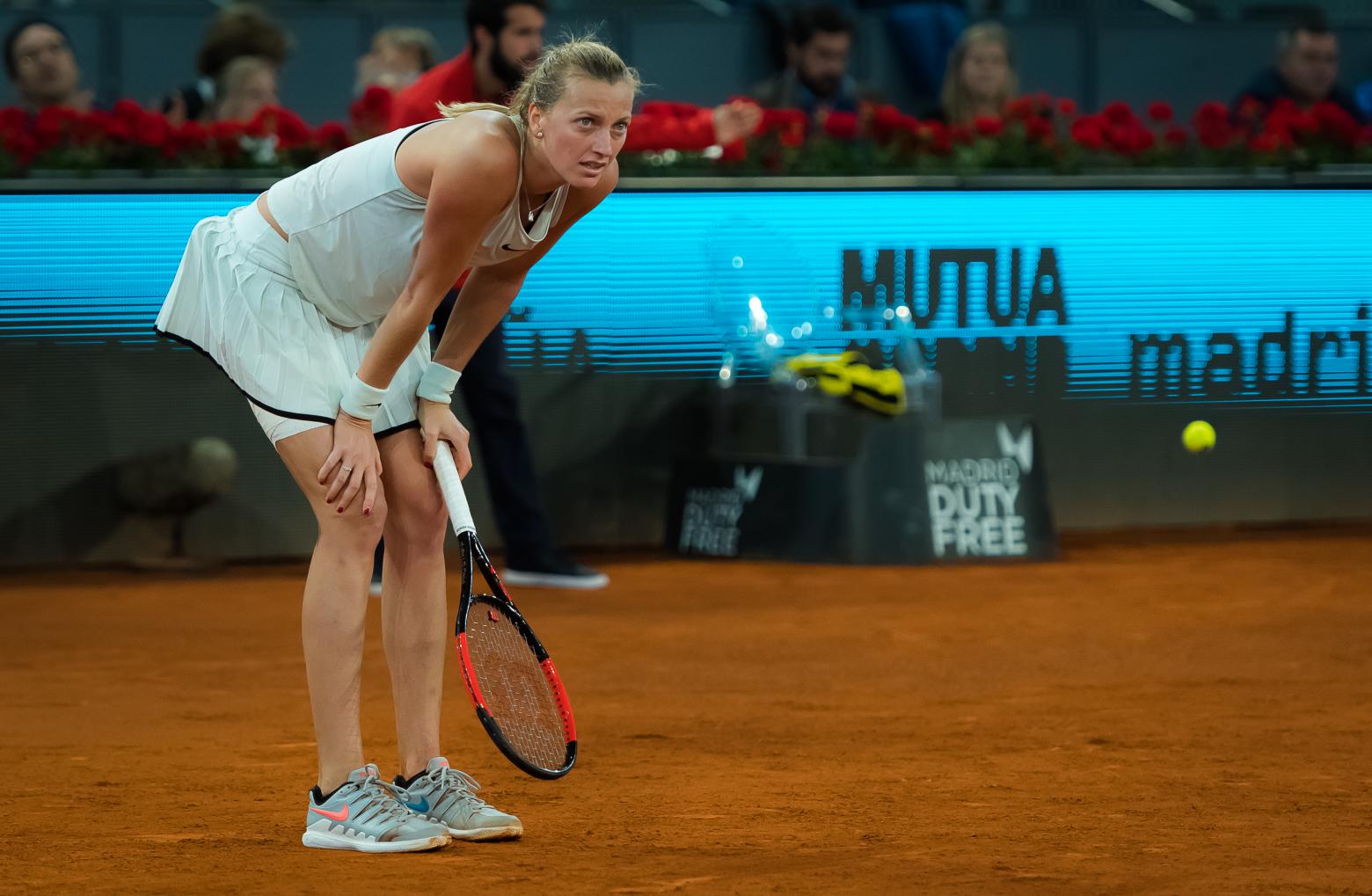 “Winning Prague and here, it made me very happy. On the other hand, a Grand Slam is a different story. It’s different attitude, different balls.

“For me, I’m going there trying to play better than the last time. I don’t know, I don’t want to put any pressure on me in a way. I think there are maybe better players playing on the clay. We’ll see what happens.”

Bertens, who had won five of her previous six finals, including on clay in Charleston earlier this year, led 4-2 with a break in the first set before Kvitova roared back, retrieving the break in the next game.

The Czech claimed the 74-minute opener on a third set point.

Dutchwoman Bertens carved out the only break in the seventh game of the second set to level the contest.

She then fell 2-4 down in the decider before bravely hitting straight back but in a thrilling finale, Kvitova dug deep to break again for 5-3 before a love service hold gave her victory and an 11th successive match win.

“Petra is also one of the biggest fighters out there, so it was tough,” said 26-year-old Bertens, the world number 20.

“But I gave everything I had today, so I have no regrets.”