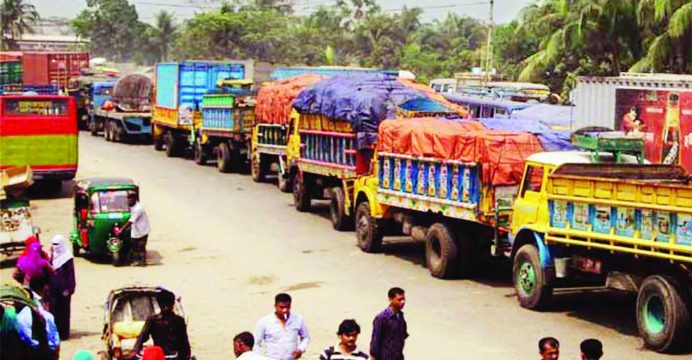 A 110-km tailback was created on the Dhaka-Chattogram highway from Chauddagram in Cumilla district on Friday night, causing immense sufferings to the commuters.

Several hundred vehicles were stuck on both sides of the highway stretching from Chauddagram municipality to Kumira of Sitakunda in Chattogram district, reports UNB.

The vehicles were moving slowly on the highway due to the ongoing work on the rail overpass in Fatehpur rail crossing.

Despite trying hard, it was not be possible for the highway police to ease the vehicular movement, he added.

If additional traffics continued to gather on the road, the gridlock will reach to the city area by the evening, he added.