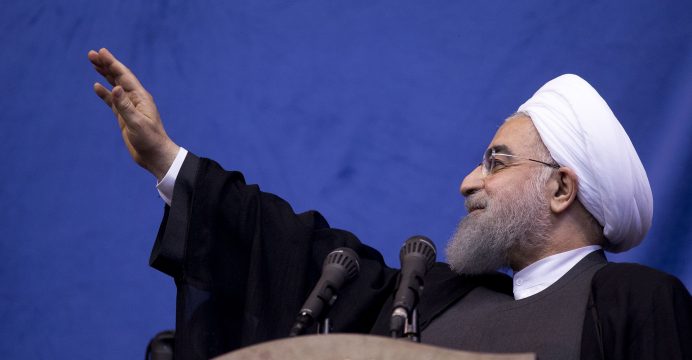 Iran may remain part of nuclear accord

Iranian President Hassan Rouhani reiterated on Sunday that Tehran would remain committed to its 2015 nuclear deal if its interests can be protected and said the U.S. withdrawal from the accord was a ŌĆ£violation of moralsŌĆØ.

ŌĆ£The U.S. withdrawal … is a violation of morals, the correct way to carry out politics and diplomacy and against international regulations,ŌĆØ Rouhani during a meeting with visiting Sri Lanka President Maithripala Sirisena.

ŌĆ£If the remaining five countries continue to abide by the agreement, Iran will remain in the deal despite the will of America,ŌĆØ Rouhani said in remarks carried by state television.

U.S. President Donald TrumpŌĆÖs decision on Tuesday to pull out of the nuclear deal has upset European allies, cast uncertainty over global oil supplies and raised the risk of conflict in the Middle East.

Iran has said it will stay committed to the deal, to which Britain, China, France, Germany and Russia are also signatories, if powers still backing the agreement can ensure it is protected from sanctions against key sectors of its economy such as oil.

In what is seen as a last-ditch effort to save the accord after WashingtonŌĆÖs withdrawal, Iranian foreign minister Mohammad Javad Zarif has embarked on a tour of world powers.