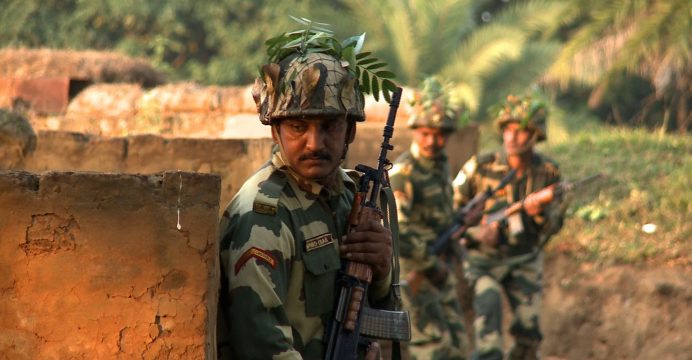 Four Bangladeshis picked up by BSF

Three Bangladesh nationals were picked up by BSF from Paria border in Baliadangi upazila of Thakurgaon district early Sunday while another from Durgapur border in Aditmari upazila of Lalmonirhat.

Lieutenant colonel Mohammad Hossain, commanding officer of Border Guard Bangladesh battalion no 50, said that a BSF team detained the trio from an area adjacent to 385 no pillar on the border line around 4:00am while they were trying to intrude into Indian territory.

Meanwhile, Border Guard Bangladesh (BGB) sent a letter to the BSF for holding a flag meeting, he added.

The detained person is Milon Mia, 35, son of Mohsin of Durgapur village.

A team of BSF detained Milon from 2 no sub pillar of 927 no main pillar on the border around 4:30am while he was trying to intrude in Gidaldaha area of India, said lieutenant colonel Golam Morshed, commanding officer of BGB-15 battalion.