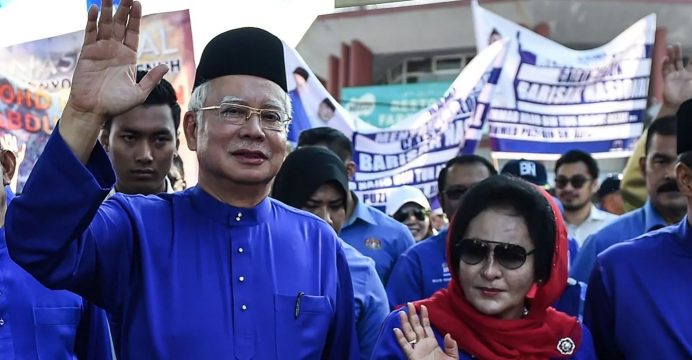 It comes after Mr Najib said that he and his wife were planning to go on an overseas holiday on Saturday.

Mr Najib has been accused of diverting $700m (£517m) from a state investment fund in 2015, but has since been cleared by the authorities.

However Malaysia’s new Prime Minister Mahathir Mohamad, who at 92 became the world’s oldest elected leader when he was sworn in on Thursday, has said that Mr Najib could face a fresh investigation if sufficient evidence supports it.

Mr Mahathir has said that investigations will take place into alleged corruption in the country, including the case involving the state investment fund.

Mr Mahathir stood down as prime minister 15 years ago, but came out of retirement and defected to the opposition to take on and beat former protégé Najib Razak.

He appears to be making good on a promise, made during his election, to release imprisoned former political leader Anwar Ibrahim.