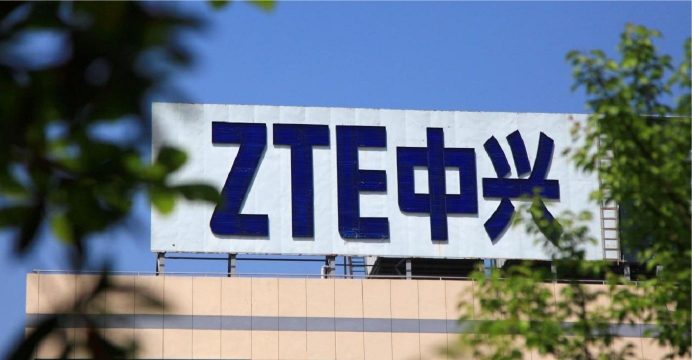 Chinese technology company ZTE Corp, which this month suspended its main operations after a U.S. Commerce Department ban on American supplies to its business, paid over $2.3 billion to 211 U.S. exporters in 2017, a senior ZTE official said on Friday. ZTE paid over $100 million each to Qualcomm Inc, Broadcom Inc, Intel Corp and Texas Instruments, the official said.

As one of the world’s largest telecom equipment makers, ZTE relied on U.S. companies such as Qualcomm and Intel for components, reports Reuters.

The extent of the impact of the Commerce Department ban on U.S. suppliers was noted by the ZTE official, who was not authorized to speak publicly, as Chinese and U.S. government officials discuss a Washington visit next week by China’s top economic official.

In March last year, ZTE paid nearly $900 million in penalties for exporting U.S. technology to Iran and North Korea in violation of sanctions.

In April this year, the Commerce Department found ZTE had violated the terms of last year’s settlement and banned U.S. companies from providing exports to ZTE for seven years. As a result, ZTE suspended its main operating activities earlier this month.

China requested that President Donald Trump back off his threat of tariffs on Chinese imports, treat Chinese investments equally under U.S. security reviews, and reassess the ban on ZTE.

A May 1 formal request by ZTE to the U.S. Commerce Department for an immediate stay of the April 15 ban went unheeded, according to a person familiar with the matter. The order was causing “irreparable harm” to the company and partners, as well as millions of consumers, including those who own its phones and major network operators, the person said.

American companies are estimated to provide 25 percent to 30 percent of the components used in ZTE’s equipment, which includes smartphones and gear to build telecommunications networks, analysts noted.

The U.S. ban prevents ZTE from using some Qualcomm processors and Android devices with Google Mobile Services software, according to analysts.

ZTE paid over $100 million each to other U.S. suppliers in 2017 including chip makers Xilinx Inc and optical component company Acacia Communications and memory chip maker Sandisk, the ZTE official said.

Qualcomm last month said it expected lost sales to ZTE to lower its earnings by 3 cents per share in the current quarter.

ZTE self-reported the discipline issue and corrected the mistakes, the ZTE official said, adding that the failure was not part of the same misconduct that led to last year’s guilty plea.

The official said the recent ban was a grossly disproportionate penalty that ignored the strides ZTE had made towards complying with U.S. laws.

Chinese Vice Premier Liu He is expected to resume trade talks with the Trump administration this week, after discussions in Beijing last week yielded no agreement on a long list of U.S. trade demands.