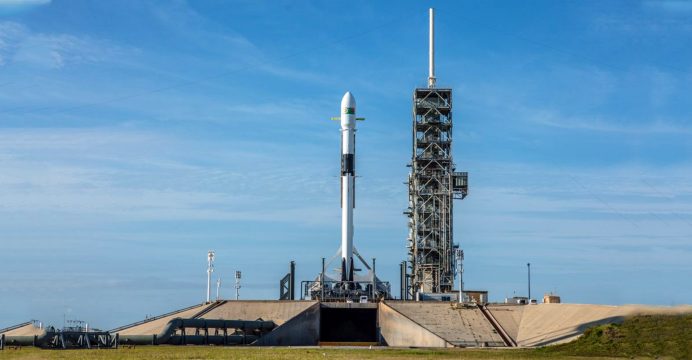 The historic event of Bangladesh’s debut in the space society took place at 2:14 am Bangladesh time when the country’s first geostationary communication satellite started its voyage towards the orbital slot from the Kennedy Space Centre in Florida, the USA.

Falcon 9, the finest rocket of American firm SpaceX, started to carry the satellite to the orbit from the Cape Canaveral launching pad at 4:14 pm US local time. 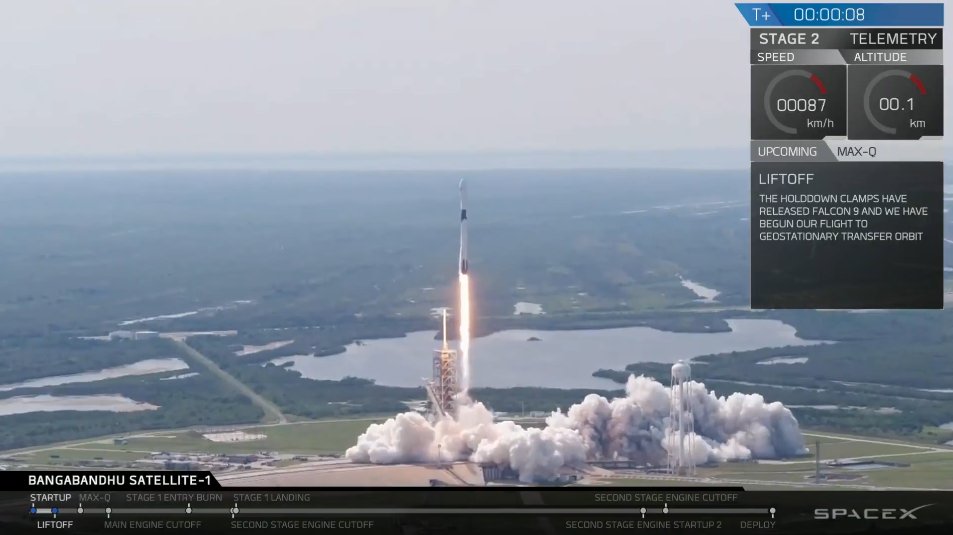 A Bangladesh delegation, led by Prime Minister’s ICT Affairs Adviser Sajeeb Wazed Joy, witnessed the launching of the satellite, which was visible for around seven minutes in the Florida’s clear sky.

“On this day I would like to remember Father of the Nation Bangabandhu Sheikh Mujibur Rahman who initiated the task of entering the space age by setting up the country’s first ever satellite earth station in 1974,” said State Minister for ICT Division Zunaid Ahmed Palak, who also witnessed the momentous event from Florida.

He said launching of Bangabandhu-I satellite is an instance of technology-led transformation of Bangladesh under the leadership of Prime Minister Sheikh Hasina and her ICT Affairs Adviser Sajeeb Wazed Joy.

The launch was a major milestone for both SpaceX and Bangladesh. With the Block 5 Falcon 9, SpaceX envisions launching around 10 times with the same first stage and doing no refurbishment in between. After the tenth launch, refurbishment could prolong the vehicle’s operational life to 100 missions, according to SpaceX. The rocket is the final design of Falcon 9, and features modifications for simpler manufacturing, to meet NASA commercial crew requirements, and to include Air Force requests.

SpaceX landed the first stage approximately 11 minutes after liftoff. In a call with reporters May 10, SpaceX Chief Executive Elon Musk said the company will spend a few months disassembling and inspecting this first Block 5 booster before reuse.

Manufactured by the Thales Alenia Space of France, Bangladesh will operate satellite from 119.1 degree East using a payload comprising 26 Ku-Band and 14 C-Band transponders to deliver focused telecommunications coverage to Bangladesh. One transponder is equivalent to 36 MHz.