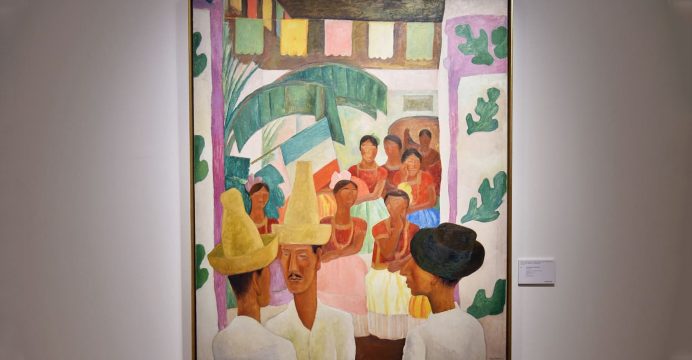 A Diego Rivera painting set a record Wednesday night for the highest price paid at auction for a Latin American artwork, fetching $9.76 million and taking the honor away from his partner Frida Kahlo.

The colorful painting entitled “Los Rivales” (The Rivals) and sold by Christie’s depicts two men at a traditional Mexican celebration.

Until now the record was held by a Kahlo work auctioned in 2016 for $8 million. The 1939 painting is called “Dos desnudos en el bosque (La tierra misma),” which translates as “Two Nudes in the Forest (The Earth Itself).”

A Rivera work also holds the record for most paid ever for a Latin American piece of art, not just at auction.

That work, which the Mexican artist completed in 1928, went to a private Argentine collector, Eduardo Constantini, for $15.7 million in 2016. It was entitled “Baile en Tehuantepec.” Baile means dance. The website ARTnews said “The Rivals” went to an unnamed collector bidding by phone.