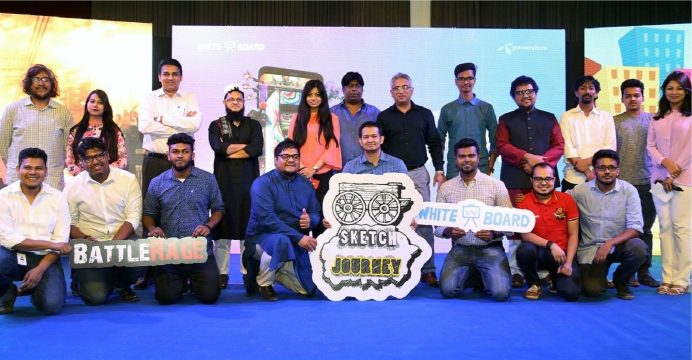 The two new mobile games, now available on Google Play Store, are a result of Grameenphone’s efforts to ensure that the future of Bangladesh’s mobile game development sector can live up to its potential. This was made possible by creating an API Hub platform from which developers can launch or monetize their games.

Grameenphone is assisting in the development of the country’s gaming industry, as a part of its efforts to create a nationwide digital ecosystem. This growing ecosystem not only encourages local gamers and developers to innovate their own gaming platforms but will also enable them to raise themselves to compete in the global gaming arena.

At the launching ceremony of the two games, Yasir Azman, Deputy CEO & Chief Marketing Officer of Grameenphone, said, “It is not all that surprising to see local developers come up with such innovative and exhilarating games. Bangladesh has always had a hidden talent in every sector and it is due time to present them in front of the whole world. These two games are only a glimpse of what lies ahead and Grameenphone is committed to supporting these talents and their efforts all the way.”

“Battle Rage” promises a raw gaming experience for all. Gamers can team up or play this adrenaline rush filled shooting game, pitting themselves against friends and anonymous gamers, in either LAN or online multiplayer mode. The game presents remarkably authentic characters to choose from, a supply of various weapons, multiple maps, Facebook connectivity, LAN connectivity and much more. Further details for this game can be found at https://www.facebook.com/Battlerage.Whiteboard/.`

On the other hand, “Sketch Journey” is about showcasing talent. Gamers can simultaneously sketch to collect coins while racing to the goal. Presumably simple and easy to play, this hard to master mobile game can be played online against friends. Further details for this game can be found at https://facebook.com/sketchjourney.whiteboard/.