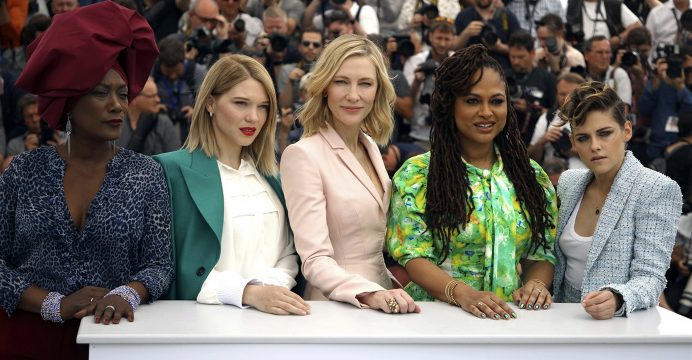 The most political Cannes film festival in years opens Tuesday with female stars vowing to protest on the red carpet, two top directors barred from attending and bans hanging over other movies.

With the industry still reeling from the Harvey Weinstein scandal, and Cannes under fire for its dearth of women directors, Cate Blanchett and Kristen Stewart are likely to join actresses and women directors Saturday in a protest in support of the #MeToo and Time’s Up movements.

The new “Star Wars” spin-off, “Solo”, is the only Hollywood blockbuster in a slightly less starry line-up than usual.

But with no less than a dozen films with LGBT themes, and others tackling child abuse, male prostitution and an eye-watering DIY sex change, it has all the makings of a vintage year for scandal and controversy.

A new documentary about the tragic singer Whitney Houston by Oscar winner Kevin Macdonald reportedly includes a devastating revelation about the demons that dogged her short life.

“Black Panther” director Ryan Coogler — whose film is breaking box office records — is also likely to tackle the lack of black faces in Hollywood in a Cannes masterclass.