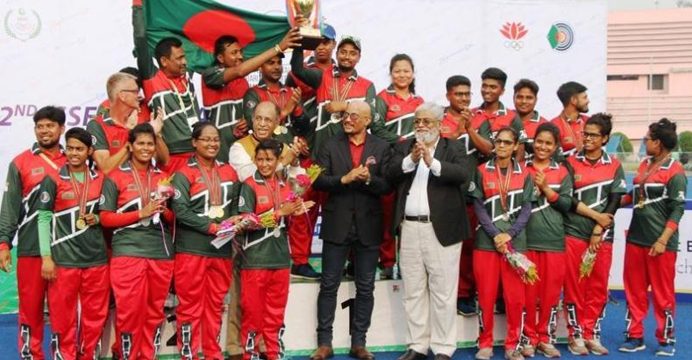 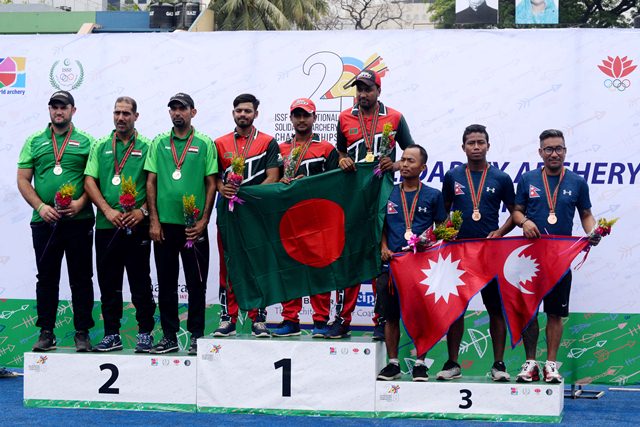 Deputy Minister for Youth and Sports Arif Khan Joy was the chief guest at the day’s closing ceremony and later he distributed the prizes. 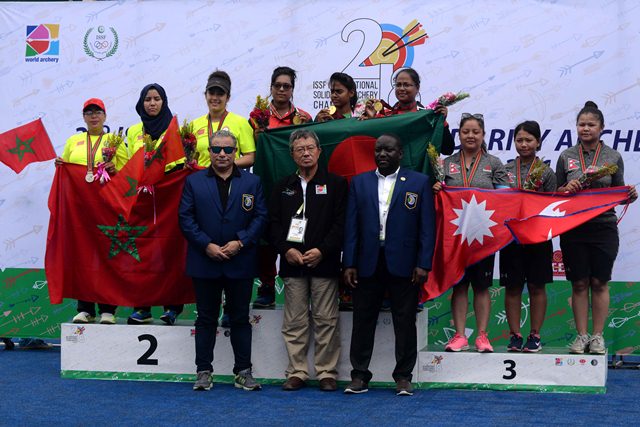 In an all-Bangladesh final, Kumar Das beat his compatriot Abul Kashem Mamun 140-134 to bag the gold in the compound men’s event.

Bangladesh also won gold in the men and women’s team events beating Iraq 225-205 and Morocco 216-152 respectively. The host won gold medals at four out of the five compound events so far.