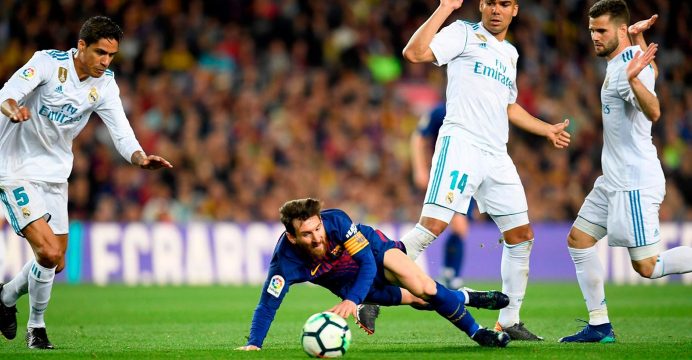 Lionel Messi weaved his magic to keep 10-man Barcelona’s unbeaten season alive as a 2-2 draw at the Camp Nou on Sunday left Real Madrid sweating over an injury to Cristiano Ronaldo.

Ronaldo was forced off at half-time after appearing to hurt his ankle and Real will be hoping their star striker can now recover in time for the Champions League final against Liverpool on May 26.

“It’s a small thing,” Real coach Zinedine Zidane said afterwards. “He is a bit worried, right now the ankle is a bit swollen, but he said it is not so bad.”

Gerard Pique’s challenge had come as Ronaldo cancelled out Luis Suarez’s opener before Sergi Roberto was sent off on the stroke of half-time for an altercation with Real defender Marcelo.

Barca, however, took the lead in the second half as Messi scored a brilliant individual goal only for Gareth Bale, who could earlier have been sent off, to have the last word in a thrilling Clasico, his emphatic strike earning Real a deserved draw. 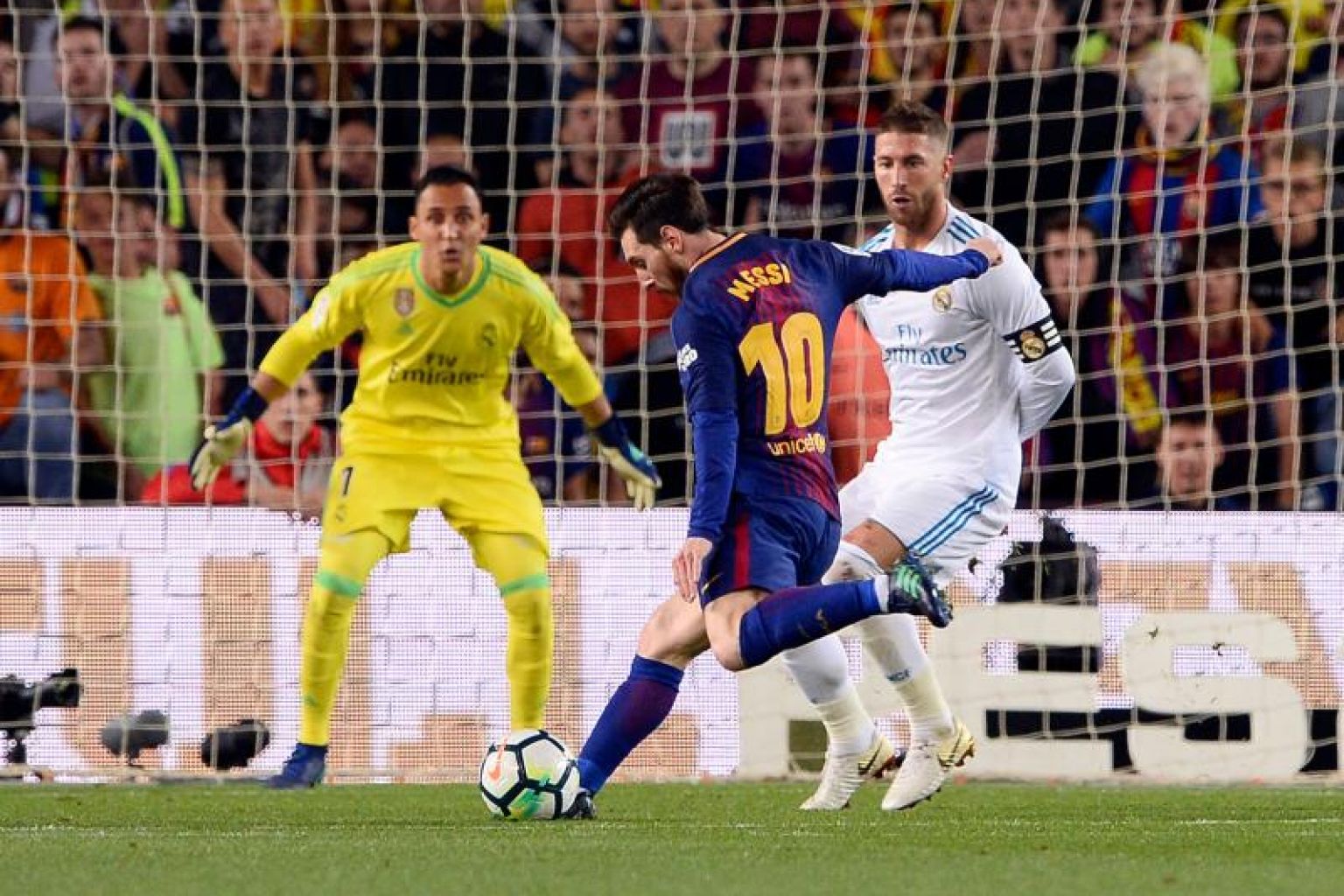 After initially taking treatment, Ronaldo played on for 31 minutes here before Zidane decided to substitute him at half-time, which may at least offer Real encouragement.

“It’s just the movement, tomorrow we’ll see,” Zidane told Movistar. “The Champions League final? We’re going to do everything to make it.”

Fears this meeting, which meant little in terms of the table, might lack intensity proved well wide of the mark as a pulsating contest, littered with controversy, could have been won at either end right up until the final whistle.

Ronaldo’s injury, however, coupled with Barcelona avoiding defeat, despite playing a man down for the whole of the second half, meant the Catalans departed the happier side. 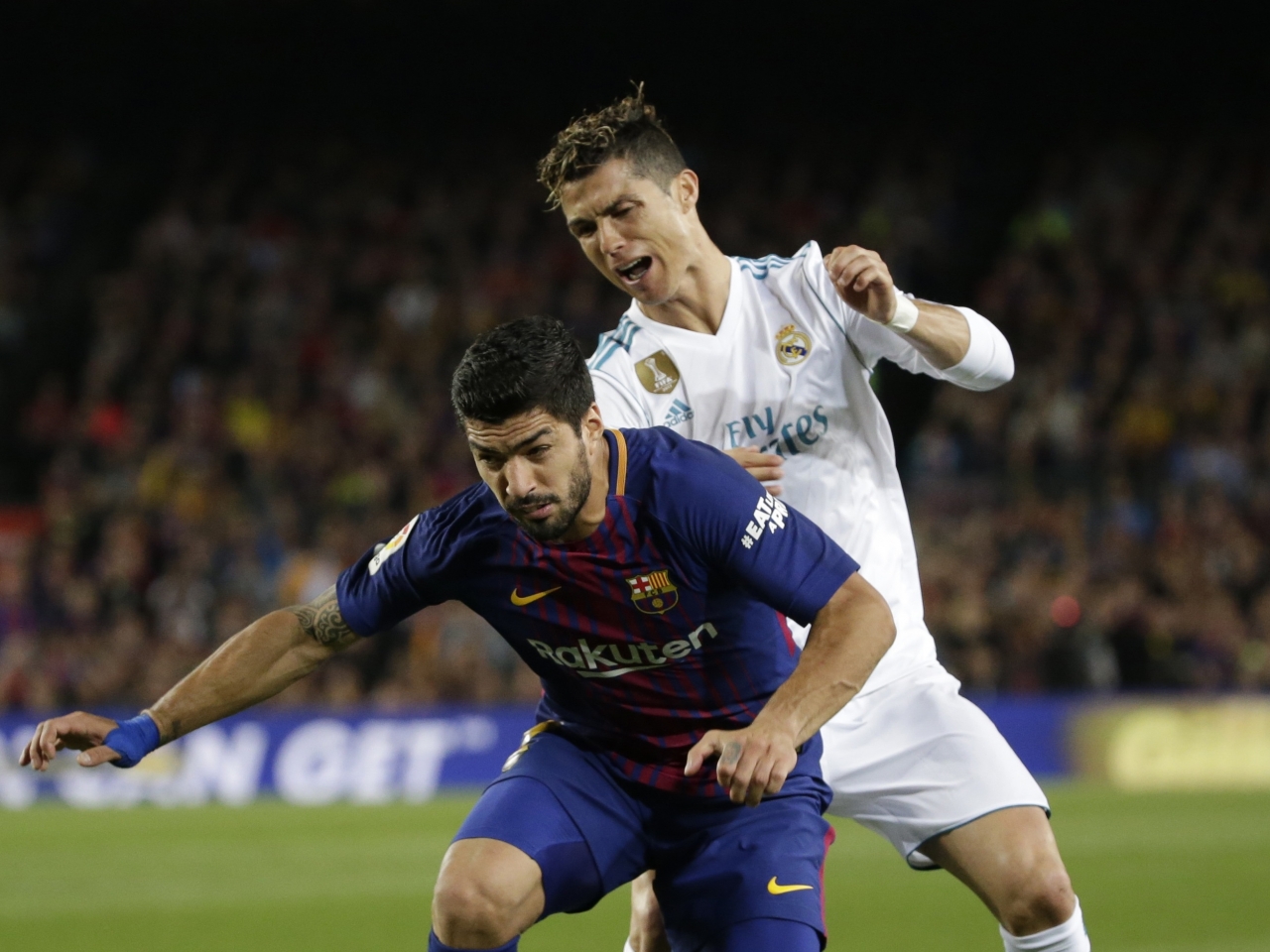 Andres Iniesta overcame, or perhaps ignored, a niggling calf problem to play his 38th and final Clasico while Philippe Coutinho was picked to start his first. Iniesta went off to a standing ovation in the second half.

Barca exploded out of the blocks and they were ahead within 10 minutes. Suarez swept the ball out to the right where Sergi ignored Messi’s run to the near post and returned the cross deep to Suarez. He finished into the bottom corner.