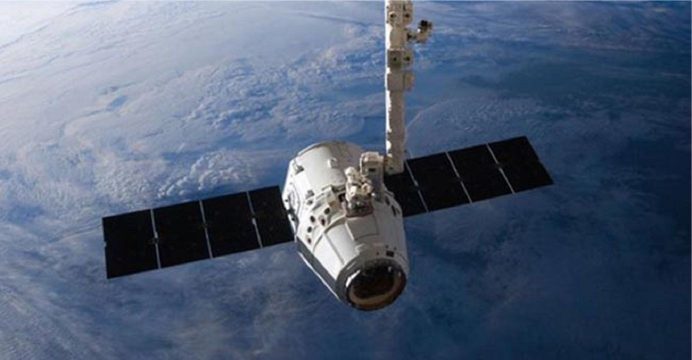 “Good splashdown of Dragon confirmed, completing SpaceX’s third resupply mission to and from the @Space_Station with a flight-proven spacecraft,” tweeted the company owned by Elon Musk around 1900 GMT, reports BSS.

The white supply vessel detached from the orbiting outpost at 1323 GMT, fired its engines three times and slowly began its journey to Earth.

“Release confirmed,” commentator Rob Navias said on NASA TV, noting that separation occurred as the ISS was 256 miles (411 kilometers) above the Earth, passing over just south of Australia.

“Dragon is safely on its way.”

The spacecraft is bringing back a host of science experiments, including lab mice that were studied in orbit to see how their bones changed in weightlessness.

“Other critical biological samples preserved in science freezers, such as plants, insects and human tissue, have also been transferred into Dragon for retrieval and analysis,” said a NASA statement.

SpaceX’s Dragon is currently the only cargo ship designed to return to Earth intact. The other US commercial supply ship, Orbital ATK’s Cygnus cargo carrier, burns up on re-entry to Earth’s atmosphere.

The cargo ship arrived at the ISS April 4 after launching from Cape Canaveral, Florida, with 5,800 pounds of food, supplies and science experiments to enable the study of thunderstorms, anti-cancer drugs and technology to remove debris in orbit.

The mission was the 14th for SpaceX under a $1.6 billion contract with NASA to resupply the space station over multiple years.