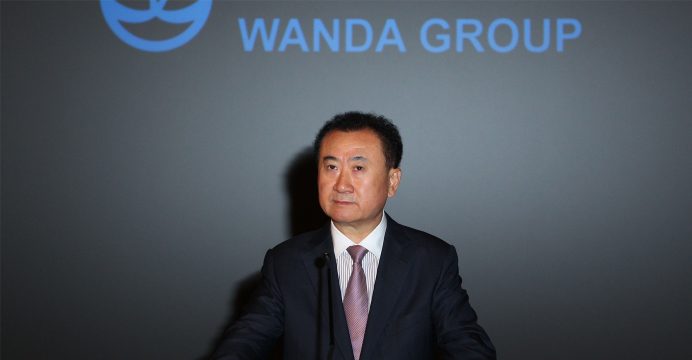 Wang Jianlin, the billionaire boss of China’s Dalian Wanda Group, said on Saturday he will turn the northern port city of Qingdao into a global film production hub as he launched a sprawling studio complex in a ceremony attended by hundreds.

Covering an area equivalent to more than 200 football pitches, the 400-acre Qingdao Oriental Movie Metropolis boasts the world’s biggest movie studio and has been touted as China’s answer to Hollywood.

The $8 billion project, built partly on an artificial island, also includes hotels, a theme park and a yacht club.

“We will boost the Chinese movie industry development,” Wang said at the project’s opening ceremony.

“We will also turn Qingdao into a global hub for film,” he said, making no reference to Hollywood in his brief speech.

The launch came as the mutual courtship between China and Hollywood looks less rosy.

A handful of U.S.-China film ventures have fallen apart due to cultural clashes. Financing deals – including Wanda’s $1 billion wooing of Hollywood studio Dick Clark Productions Inc – have also collapsed. Hollywood’s share of the Chinese market has lost ground to a surge of popular and sometimes patriotic-minded Chinese films.

So far, no major American movie has been produced at Oriental, which partially opened in 2016, except Legendary Entertainment’s “Pacific Rim: Uprising” and “Great Wall”.