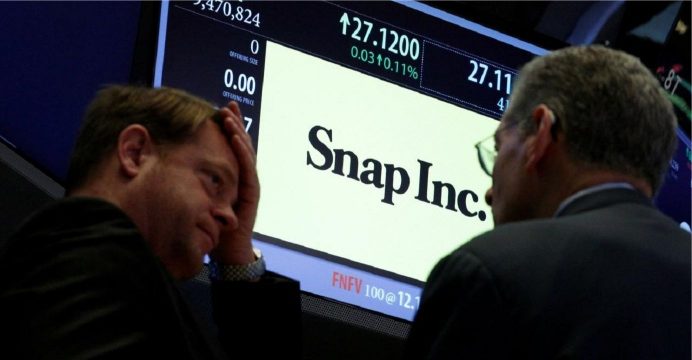 Shares of Snap Inc fell 17 percent on Wednesday, a day after the Snapchat owner missed first-quarter user targets and said revenue growth would see a substantial slowdown in the current quarter as the backlash over the app’s redesign kept advertisers at bay.

Snapchat, known for its disappearing messages and ghost logo, started its first major redesign in November and followed up with several more updates this year, reports Reuters.

But the company is facing ire from users who said the changes are unnecessary and make the platform harder to use. A petition on change.org that urged the company to remove the update garnered more than 1.2 million signatures.

“It is not clear to us why the app redesign – the first product Snap ever tested at scale – was rolled out broadly, and we are even less clear on why it hasn’t been more aggressively rolled back already,” Deutsche Bank analyst Lloyd Walmsley said.

Company executives acknowledged that the new design hurt results but said they were sticking with the plan aimed at broadening the app’s popularity with users and advertisers.

“The redesign created a lot of new opportunities, and we look forward to continuing our efforts to refine and improve Snapchat,” Snap’s 27-year-old chief executive, Evan Spiegel, said on a conference call with analysts on Tuesday.

Some analysts drew a stark comparison with Facebook Inc, which has also redesigned its platform without much backlash.

Facebook, whose photo-sharing platform Instagram directly rivals Snapchat, last week reported a surprisingly strong 63 percent rise in profit and an increase in users, with no sign that business was hurt by a scandal over the mishandling of personal data.

At least 13 brokerages cut their price targets on the stock. MoffettNathanson was the most bearish with a price target of $7. The stock is currently trading at $11.66.

Snap has also moved toward a software-based auction system for selling ads that made it cheaper and easier to buy ads on Snapchat but hurts revenue in the short term. The company’s revenue of $230.7 million also missed estimates of $244.5 million.

While Snap can turn things around with its core base of users, Snap is a “show me” story to advertisers and investors, and has to move fast to change the narrative, particularly given its cash burn levels, Walmsley said.

Snap said its cash burn fell 13 percent from the previous quarter to $222 million.