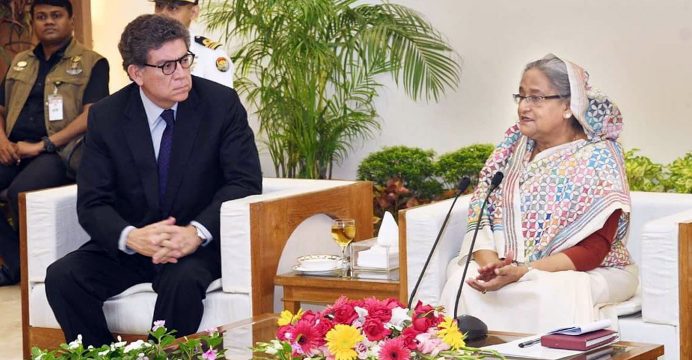 Bangladesh Prime Minister Sheikh Hasina yesterday called upon the countries like Russia, China, India and Japan to play a strong role in resolving the protracted Rohingya crisis as the visiting United Nations Security Council (UNSC) team called on her here.

“We expect the countries like Russia, China, India and Japan to play a major role in resolving the Rohingya crisis,” PM’s Press Secretary Ihsanul Karim quoted the premier as saying while briefing reporters after the meeting at Ganabhaban.

He said the prime minister reiterated her call to the Myanmar government to implement the agreement signed between Dhaka and NayPyiDaw for repatriation of the Rohingya people.

“Myanmar should act in accordance with the deal it signed with Bangladesh for repatriation of the Rohingyas,” she said.

Sheikh Hasina also reaffirmed her call to the international community to continue mounting strong pressure on Myanmar to take back its nationals from Bangladesh.

“The repatriation of the Rohingya people will have to be ensured under the UN supervision,” she noted.

In this regard, the premier urged the international community to put pressure on Myanmar to implement the Kofi Annan Commission recommendations.

“We don’t want conflict, we want peaceful resolution to the crisis,” she said.

The prime minister pointed out that the Bangladesh foreign minister and home minister have already visited Myanmar to solve the crisis, while Myanmar social welfare minister toured Bangladesh to this end.

“We’ve also inked an agreement with Myanmar to resolve the problem,” she said.

Highlighting her government’s efforts to solve the crisis, Sheikh Hasina told the UNSC team: “We’re doing our best to solve the problem.”

The prime minister said the Myanmar government doesn’t deny the agreement with Bangladesh but they are inactive to execute the deal.

She said Bangladesh has already talked with bordering countries of Myanmar including China, India, Thailand and Laos to solve the Rohingya crisis.

Sheikh Hasina also talked about the steps of her government to contain terrorism and said: “We’ve totally controlled terrorism … we’re very much careful in this regard and our law enforcement and intelligence agencies are very active.”

The premier said her government is developing an island named Bhashanchar to give temporary shelter to the Rohingya people there. “At least one lakh people could be accommodated in the island,” she said.

She said the government made biometric registration of the Rohingya people and provided identity cards to them. 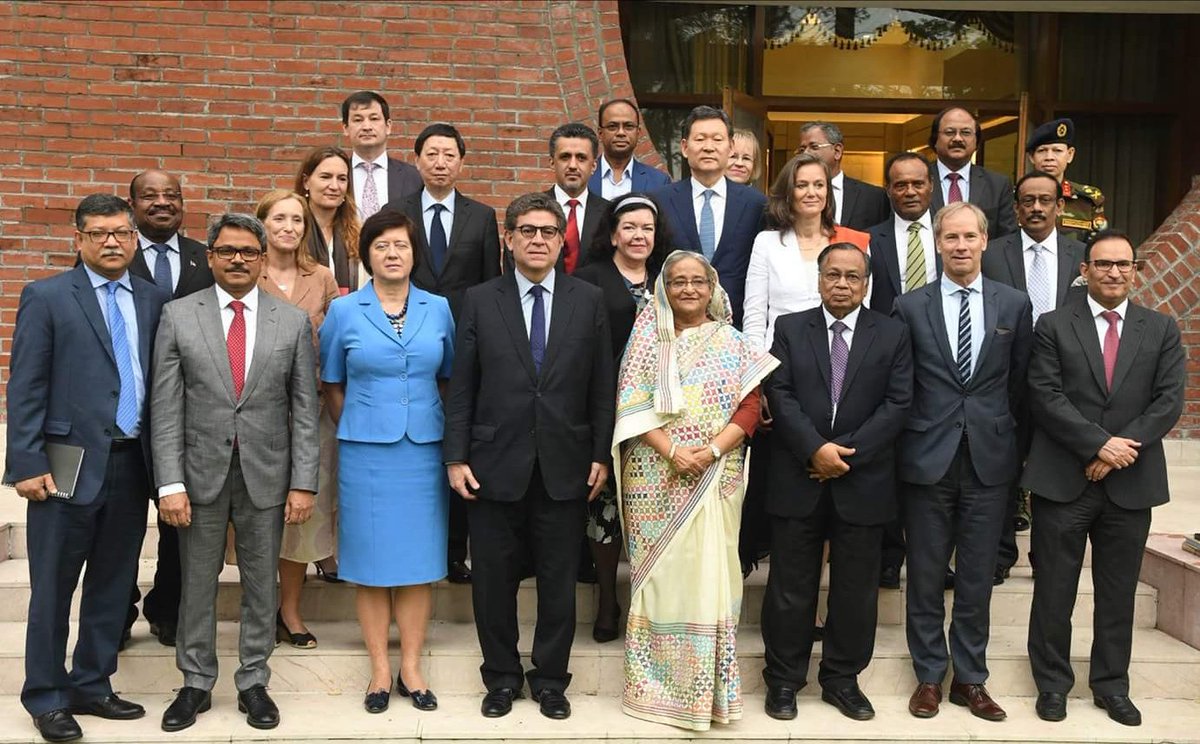 The prime minister said local people are suffering a lot and environment is being affected due to the influx of huge number of Rohingyas into Cox’s Bazar.

“You’ve raised the bar for all of us by creating a new international standard through working from the humanitarian point of view,” he told the PM.

Russian Representative Dmitry Polyanskiy assured Bangladesh of extending Moscow’s support on the Rohingya issue and recalled its support during Bangladesh’s liberation war. “We want a sustainable solution to the Rohingya crisis,” he said.

So far, at least 700,000 Rohingya people have fled to Bangladesh since violence escalated following a military crackdown in Rakhine state back in August last year.