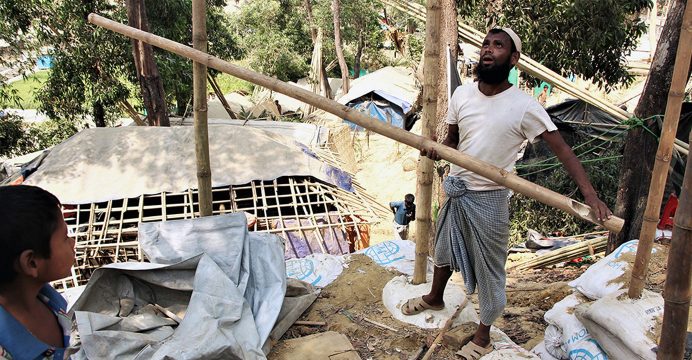 Work by aid agencies in Bangladesh’s Rohingya refugee camps to create life-saving access routes and prepare people for floods, landslides and other disasters ahead of the upcoming monsoon and cyclone season is under imminent threat unless urgent funding is secured in the next six weeks, according to IOM, the UN Migration Agency.

Without new funding, the lives of tens of thousands of people who flooded into the camps in southern Bangladesh to flee violence in Myanmar triggered in August last year will be put at risk, the agency says.

Almost a million Rohingya refugees are currently living under tarpaulins in Cox’s Bazar district, on steep, sandy slopes denuded of vegetation. At least 120,000 have been identified as being at the high risk from floods and landslides triggered by heavy rain. Of these 25,000 have been have been identified as at the highest risk from landslides. But without aid, many will have to remain in their current hazardous locations. Hundreds of thousands of others will also be at risk if roads become impassible and vital aid supplies and medical services cannot get through.

Tarpaulin stocks are also rapidly running out and IOM, which oversees shelter distribution, reports that by mid-May supplies will fall below critical levels. Without funding for more stock, at-risk families will not receive new shelters and no replacements will be available for those whose homes are damaged or destroyed during storms. 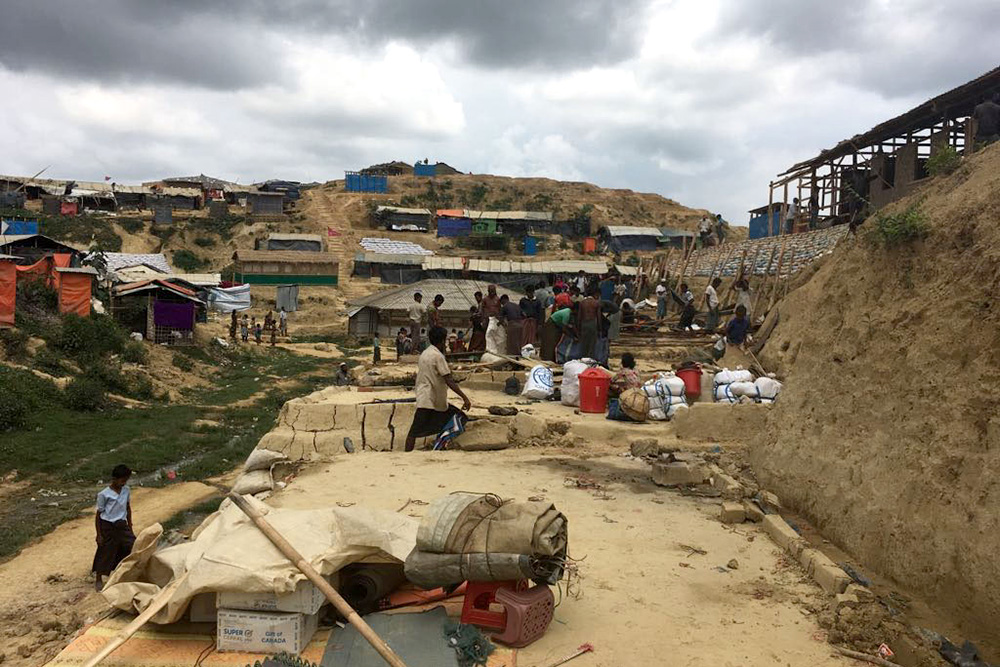 Other IOM vital services at serious risk unless more financial support is forthcoming include water, sanitation and hygiene (WASH) activities. Without ongoing WASH projects, safe water supply systems could collapse and overflowing latrines could put hundreds of thousands of refugees at risk from waterborne diseases.

IOM, which has appealed for USD 182 million to provide aid in Cox’s Bazar through December 2018, is currently facing a funding shortfall of almost USD 151 million. The overall joint response plan of all agencies, which called for USD 951 million, has currently secured just nine per of that amount.

“Aid staff on the ground are working flat out to improve shelters, stabilize ground, secure key access roads and have emergency response services readied to save lives if the worst happens. But the harsh truth is that we cannot keep doing that if we do not have the funds,” said John McCue, IOM’s Senior Operations Coordinator in Cox’s Bazar.

“We cannot wait for funding to come in after the emergency is over and possibly preventable tragedies have occurred. We need to be able to act now if lives are to be saved.”

The scale of the response in Cox’s Bazar – the world’s biggest refugee settlement – and the prospect of an emergency within an emergency when the monsoon and cyclone seasons hit, means that aid agencies are working together in close coordination to avert the threat of a large scale of loss of life. 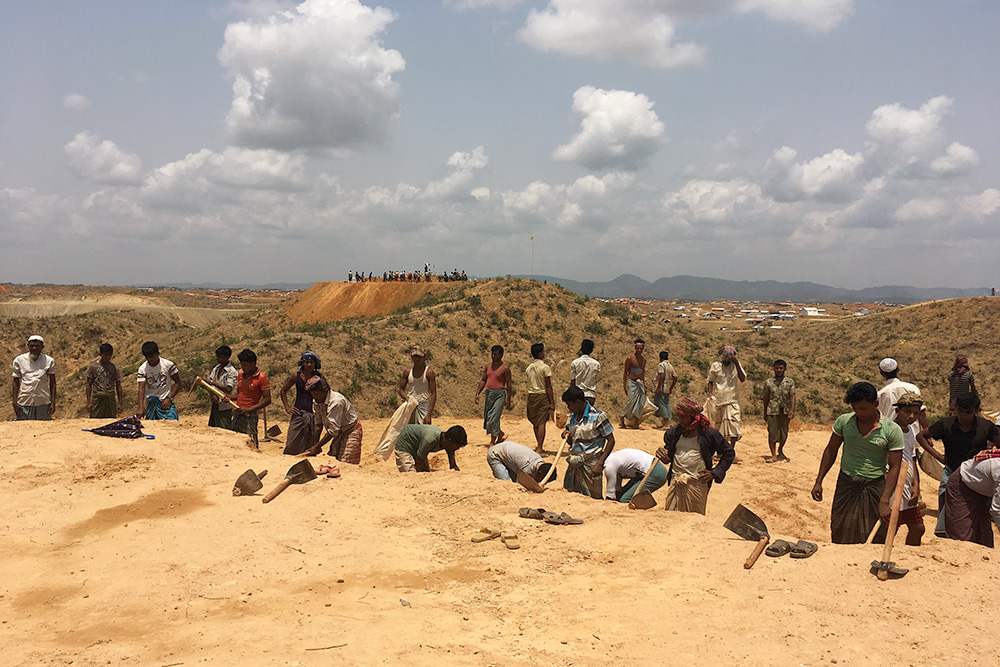 IOM, WFP and UNHCR are working alongside other agencies and the government of Bangladesh on a range of measures to prepare for the severe weather challenges ahead. Shared projects include machinery hubs to keep vital access ways open, disaster response mechanisms, and preparing safer land for the relocation of those most at threat from landslides.

For IOM, critical activities now at risk of being halted because of the lack of funding include shelter, WASH, camp development and management, and vital health services.

The nature of the response means agencies and the government are reliant on each other to ensure effective delivery of life-saving services through common pipelines and shared activities. Lack of funding for any key agency or sector could have a catastrophic impact across the entire response.

“With so many critical sectors already on the brink of being suspended because of lack of funds, we have no time to lose,” warned McCue. “If significant funding is not secured in the next few weeks to keep operations running, there is a high likelihood that many children, women and men may die, when they could have otherwise been saved.”