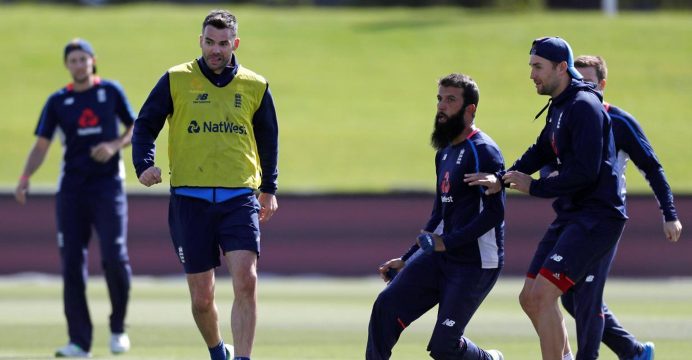 Plans to establish a new 100 balls a side tournament in English county cricket remain in place despite a review into the domestic set-up.

Wednesday saw the England and Wales Cricket Board announce the creation of a “working group giving fresh thought to refining the structure of men’s county cricket that has been agreed for 2020”.

Last week the ECB revealed its intention to establish an eight-team city- based 100 balls per side tournament to start in 2020, despite it having been previously thought this would be another Twenty20 event in addition to the existing ‘Blast’ featuring all 18 first-class counties.

But given fewer than half of England’s professional players will be involved in an eight, as opposed to 18, team event, doubts remain about the type of cricket those excluded from the 100-ball format will play.

Gordon Hollins, the ECB’s chief operating officer, said the working group had been set up, in part, to address that question.

“A number of subjects and proposals have been raised in various forums over the last few weeks and months, such as a new conference structure for the Specsavers County Championship, and the question of what other cricket should be played during the new ECB tournament later in the summer of 2020,” Hollins said in a statement.

He added: “In striving to reach a new audience, we must not neglect county cricket, nor its great tradition.”

England captain Joe Root said 100-balls-a-side — which will be shorter even than Twenty20 (120 balls per side) — could attract a new audience but David Gower, another ex-England captain suggested Wednesday the new format was “going to be 12 years out of date before it starts”.

Meanwhile England’s Professional Cricketers’ Association issued a statement Wednesday voicing its “major concern” around the “lack of information and clarity regarding the new tournament”. Amid all the furore, the ECB said it would set up a working group chaired by Leicestershire chief executive Wasim Khan.

The group’s members will also include ECB England director of cricket Andrew Strauss, three county directors of cricket, as well as PCA representatives, with a report to be submitted later in the English season.

Strauss, himself a former England captain, came under fire for saying in a radio interview last week that the 100-ball tournament was aimed at “mums and kids”, with some female cricket followers resenting the implication that women do not understand the game’s existing formats.

Fears have been expressed, however, that with Twenty20 now key to the women’s game worldwide, abandoning the Super League will leave England having to bridge an increasingly large gap between its domestic and elite female cricket.