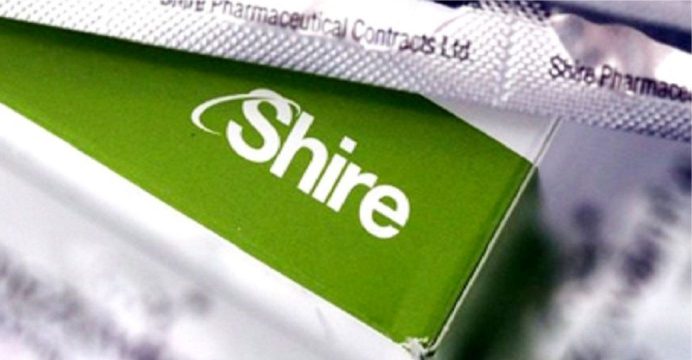 The board of Irish pharmaceutical company Shire will recommend a new o46 billion ($64 billion) takeover bid by Japanese firm Takeda to its shareholders, it said in a statement released on Tuesday night.

The decision comes after Dublin-based Shire rejected a string of overtures from Takeda, Japan’s largest pharmaceutical company, saying the offers were too low, reports BSS.

In a statement released late Tuesday in London, where it is listed, Shire’s board said it was “willing to recommend the revised proposal to Shire shareholders subject to satisfactory resolution of the other terms of the possible offer.”

It set a new May 8 deadline for the conclusion of negotiations. If Takeda’s bid is successful, the takeover would be the biggest ever by a Japanese company.

But analysts have expressed concern that a takeover of this scale could put too much pressure on the Japanese firm’s finances, and Takeda shares plunged at the open of Tokyo trade, down over nine percent at one point.

The revised proposal comprises 0.839 new Takeda shares and $30.33 in cash for each Shire share.

“On this basis, the revised proposal is equivalent to a value of approximately o46 billion for the entire issued and to be issued share capital of the company,” the Irish company said.

“Shire shareholders would also be entitled to any dividends announced, declared, made or paid by Shire in the ordinary course prior to completion of the possible transaction,” it said.

It added that at the completion of the deal, Shire shareholders would own about 50 percent of the enlarged Takeda and the new Takeda shares would be listed in Japan and in the United States.

Takeda said it “notes the statement” made by the Shire board, and cautioned that “there can be no certainty that any firm offer for Shire will be made.”

The Japanese firm first officially expressed interest in Shire last month, but has had a series of offers rebuffed. Last Friday, it increased its informal bid to o42.8 billion, after Shire rejected three previous overtures as too low.

Last week, Botox maker Allergan said it was considering making a counteroffer for Shire, raising the prospect of a bidding war, but then confirmed it would not make a bid.

There has been a recent flurry of merger and acquisition activity in the pharmaceutical industry, at a time when traditional players are seeing profits eroded by competition from generic medicine.

Japanese drugmakers in particular are facing pressure in the home market as the government tries to cut prices of many branded medicines and increase focus on cheaper generics to rein in health spending as the population ages rapidly.

Takeda, led by Frenchman Christophe Weber, has been actively looking overseas for acquisitions. In 2011 it took over Swiss rival Nycomed for 9.6 billion euros (then $13.6 billion).

Masayuki Kubota, chief strategist at Rakuten Securities, said the negative initial market reaction to the bid notwithstanding the takeover would likely be a good move for Takeda in the long run.

“I fully understand the first impression was negative,” he told reporters.

“It would be the biggest-ever takeover by a Japanese company and it’s natural for that to spawn worries” because a failed buyout could cause huge losses, he added.

But he said Shire offered an attractive portfolio.

“They have a lot of treatments for rare diseases, where the barriers to entry for other companies are very high. Their profitability is high.”

“Given super-low interest rates in Japan and Takeda’s ample cash flow, I believe the money would be better used than stocked up. It may look expensive short-term, but it will bring good benefits over the longer term.”