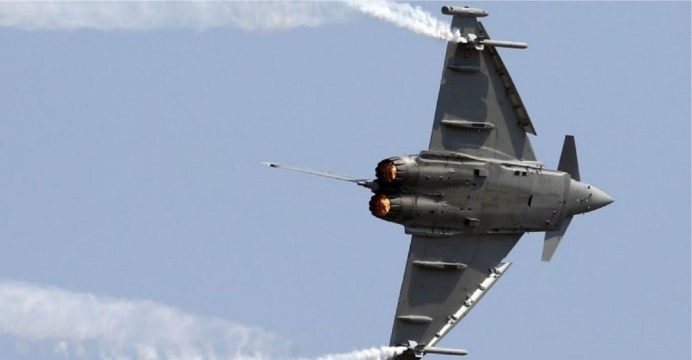 Rivals Airbus and Dassault Aviation have struck a deal to develop and produce Europe’s next generation of fighter aircraft.

Franco-German Airbus is part of the consortium behind Eurofighter, while France’s Dassault makes the Rafale jet. The two companies said their European Future Combat Air System (FCAS) would replace the existing planes by 2040. They said the deal would secure European sovereignty and technological leadership in military aviation, reports BBC.

The French and German governments have yet to set out their exact requirements for the programme, which will also include the manufacture of drones and communications technology.

Airbus Defence and Space chief executive Dirk Hoke said that whether the French and German governments involve Britain in future projects would likely depend on the conditions around its exit from the European Union. BAE Systems, Britain’s biggest manufacturer, is a key part of the Eurofighter consortium.

Mr Hoke said: “Never before has Europe been more determined to safeguard and foster its political and industrial autonomy and sovereignty in the defense sector.

It will “complement and eventually replace” current generation of Eurofighter and Rafale fighter aircraft by 2035-2040.

Mr Hoke said timescale was tight, so the two firms needed to start working together immediately. “It is therefore of key importance that France and Germany launch an initial joint study this year to address this task.”

Dassault’s chief executive, Eric Trappier, said it was important that Europe did have to rely on buying equipment from the US.

“I don’t feel that if other European countries buy off-the-shelf American products that you contribute to strategic autonomy,” he said.

Mr Trappier told reporters that the future fighter would not be a copy of the US military’s F-35 jet, but would be more ambitious. F-35-maker Lockheed Martin is trying to sell what is currently the world’s most advanced fighter to Germany.