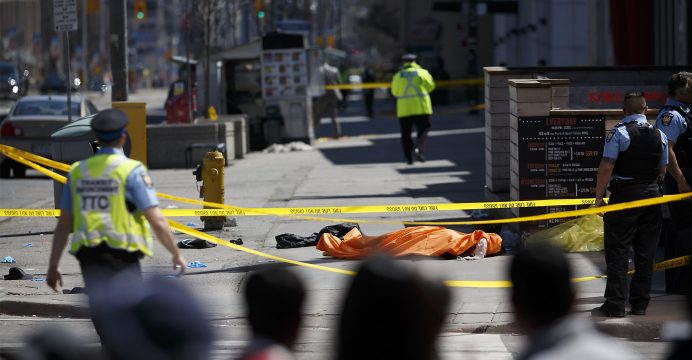 A driver deliberately plowed his white Ryder rental van into a lunch-hour crowd in Toronto on Monday, killing 10 people and injuring 15 along a roughly mile-long (1.6-km) stretch of sidewalk thronged with pedestrians, police said, reports Reuters.

The incident – which Prime Minister Justin Trudeau called a “tragic and senseless attack” – was one of the most violent in recent Canadian history.

Toronto Police Chief Mark Saunders identified the suspect as Alek Minassian, 25, who he said had not previously been known to authorities.

“The actions definitely looked deliberate,” he told a late-night news conference close to the site of the incident in the northern section of Canada’s biggest city, noting the van had been driven along sidewalks.

Federal Public Safety Minister Ralph Goodale, standing next to Saunders, said: “There would appear to be no national security connections.” 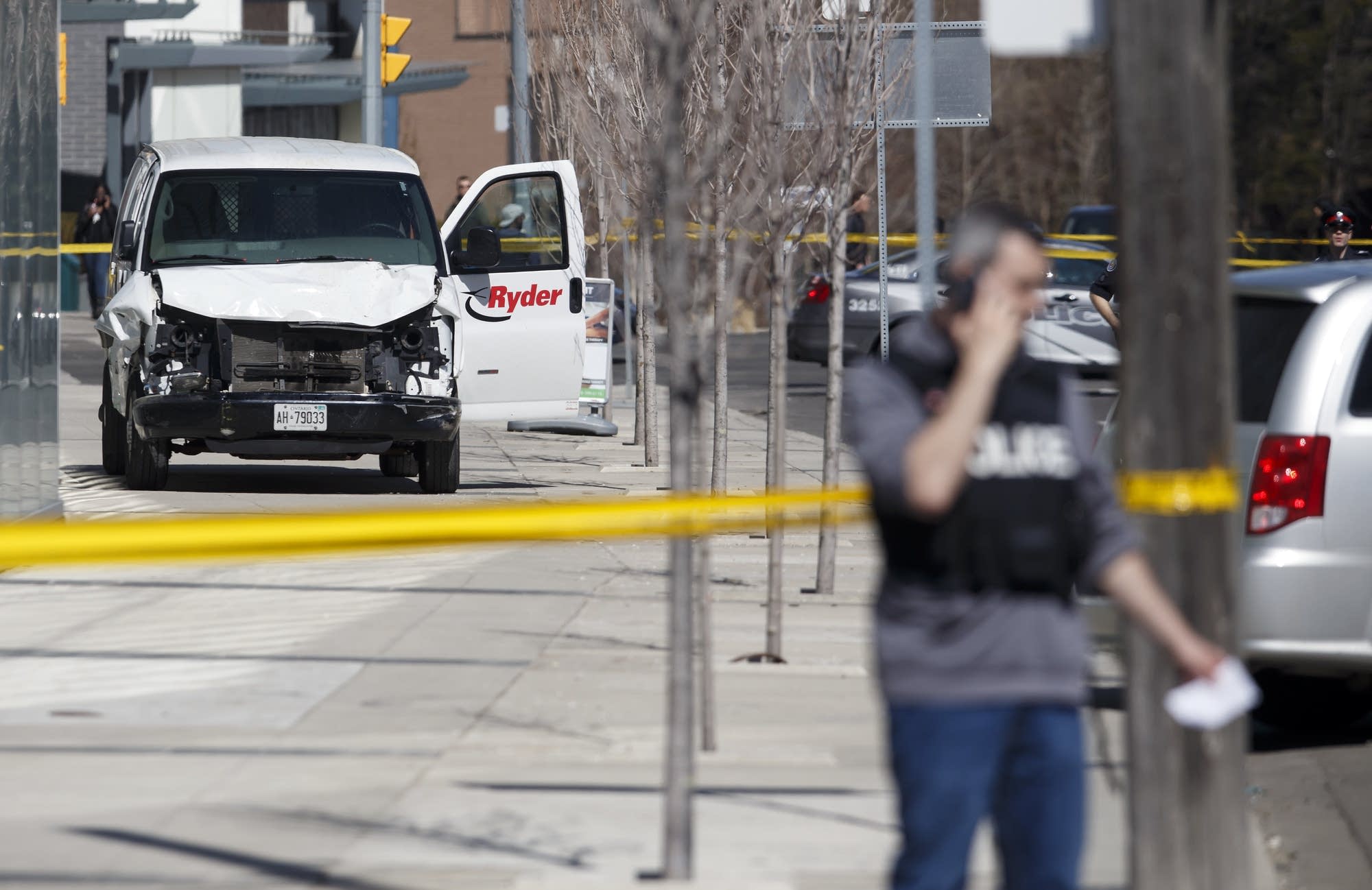 The driver steered his vehicle toward people just before 1:30 p.m. (1730 GMT). A Reuters witness saw at least two tarp-covered bodies at the site of the incident.

The CBC aired a video it said was shot by a bystander that showed police arresting a suspect at the scene as he shouted: “Kill me” and pointed an unidentified object at an officer. The video later showed what appeared to be the same man lying down, being handcuffed.

Ryder System Inc (R.N) spokeswoman Claudia Panfil confirmed that one of the company’s rental vehicles had been involved and said the company was cooperating with authorities.

There has been a string of deadly vehicle attacks in the United States and Europe, including an Oct. 31 attack in New York that killed eight. The Islamic State militant group encourages its supporters to use vehicles for attacks.

The tragedy in Toronto struck as Canada was still shaken by a highway crash in Saskatchewan earlier this month that took the lives of 16 people on a bus carrying a junior hockey team.