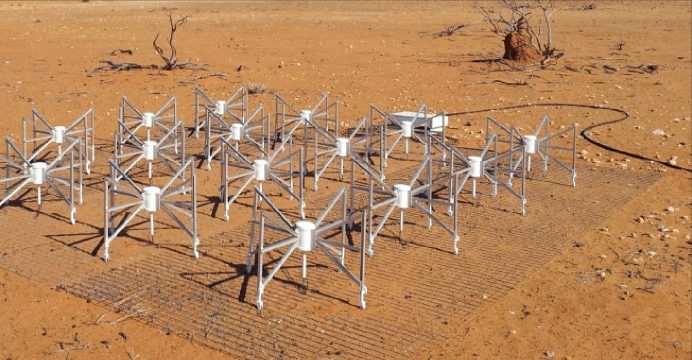 The Murchison Widefield Array radio telescope in Western Australia is set to receive 2,048 additional antennas, it has been announced on Monday, making the instrument 10 times more powerful.

The project is one of four sites around the world that make up the billion-dollar Square Kilometre Array (SKA) — a collaboration between South Africa and Australia that aims to surveille the night sky and study the universe, reports BSS.

When combined the total, the collecting area of the array will cover one square kilometer, making it 50 times more sensitive than any other radio instrument ever developed.

“The SKA will be the largest and most advanced radio telescope ever constructed and will be used by scientists from around the world to make major discoveries about the universe,” Australia’s Jobs and Innovation Minister Michaelia Cash said.

Located in a remote region of the state at the Murchison Radio-astronomy Observatory, the area is a designated radio “quiet zone” to enhance signaling power.

At the moment, 14 universities and research facilities use the telescope, but after the upgrade is completed, the number will rise to 21 spanning seven countries.  Construction is due to begin in 2020.