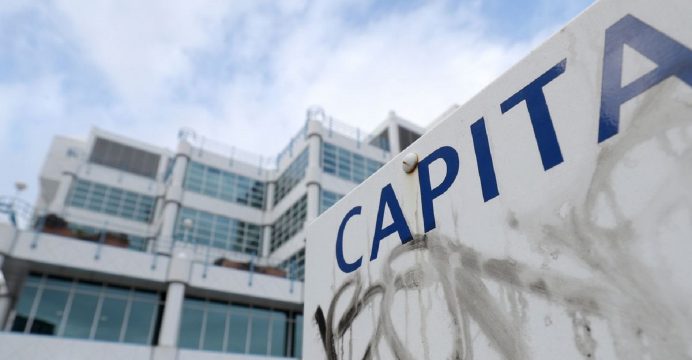 Capita has reported a £513.1m annual loss as the outsourcing firm set out plans to revive its indebted business. Capita’s profit was wiped out by £850.7m of one-off costs, mainly from writing down the value of acquisitions made under its previous management.

The company said it would raise £701m through a rights issue to fund a reorganisation of the business. Capita operates the London congestion charge and runs an electronic tagging service for the Ministry of Justice, The loss compares with a £89.8m deficit in 2016, while revenues last year fell by 4% to £4.2bn, reports BBC.

However, new chief executive, Jonathan Lewis dismissed any comparison to Carillion, the services and outsourcing group that went bust earlier this year.

“I get frustrated with that comparison – we are a completely different business,” Mr Lewis told the Press Association.

He said: “We have £1bn in liquidity, strong cash flow and a new strategy with investor support. We are not in PFI contracts and have nothing like the risk profile.”

Mr Lewis has announced a major overhaul of the company which currently has £1.7bn in debt. The rights issue will reduce borrowings as well as funding investment in the business.