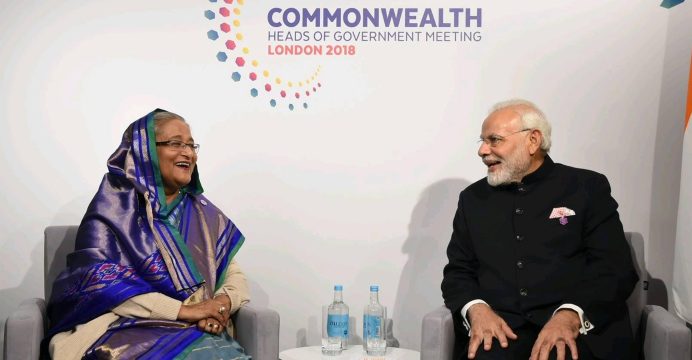 “On the sidelines of the CHOGM, the two premiers held the meeting at Lancaster House here and discussed issues related to bilateral interests,” Foreign Secretary Md Shahidul Haque said while briefing reporters after the meeting.

PM’s Press Secretary Ihsanul Karim was present at the briefing.

Replying to a question of journalists that whether Rohingya and Teesta issues came up for discussion, the foreign secretary said all the issues were discussed at the meeting.

The Bangladesh and Indian prime ministers also discussed the issue of Commonwealth. 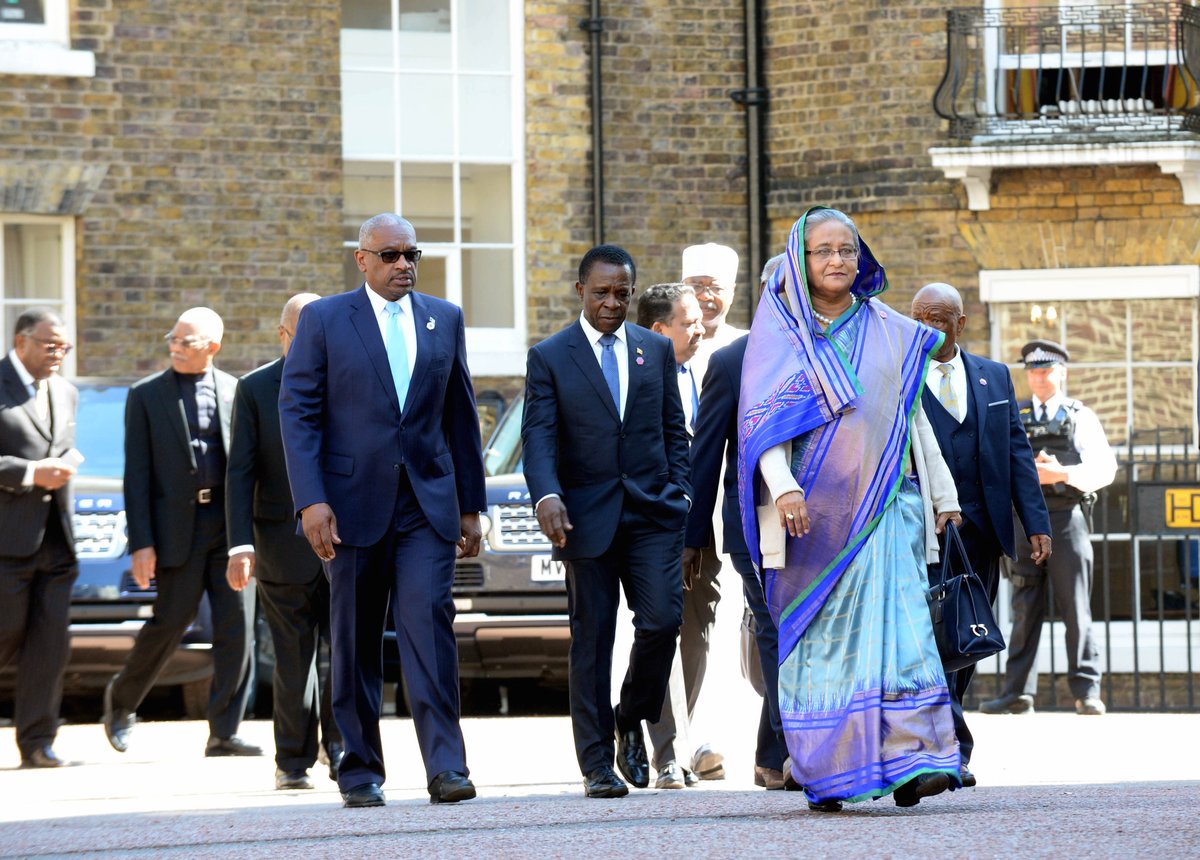 While talking about the the Rohingya issue, Haque said India has changed its position on this issue, which is “much closer to us”. “India is helping for rehabilitation of the Rohingyas,” he said.

The foreign secretary said the issue of inauguration of “Bangladesh House” at Biswa Bharati University in Indian state of West Bengal in the presence of the two premiers came up for discussion.

The two leaders are now in the British capital to join the 25th Commonwealth Heads of Government Meeting (CHOGM) that began here yesterday.