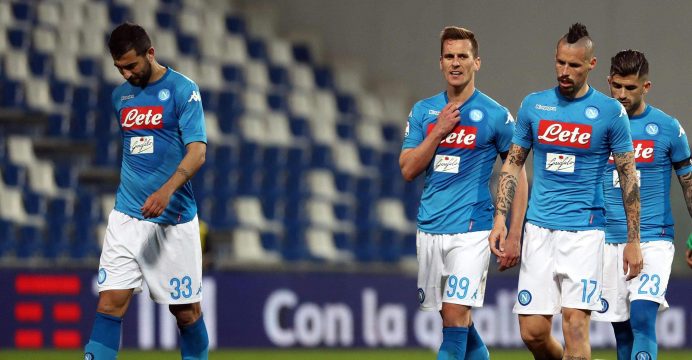 Napoli’s dwindling Serie A title hopes are hanging on a win over Udinese on Wednesday before this weekend’s top-of-the-table clash against Juventus which could seal a seventh-straight title for the champions.

The Italian league is approaching its epilogue with two rounds of matches this week but the final word on who will lift the Scudetto could be decided on Sunday evening, at the end of the big match between Juventus and Napoli at the Allianz Stadium.

Six points separate the six-time reigning champions from second-placed Napoli with six games to go after AC Milan’s Gianluigi Donnarumma’s last-gasp save denied Napoli a win at the San Siro on Sunday.

But Napoli believe they can throw open the championship again by garnering maximum points against Udinese and Juventus as they target a third title after 1987 and 1990. 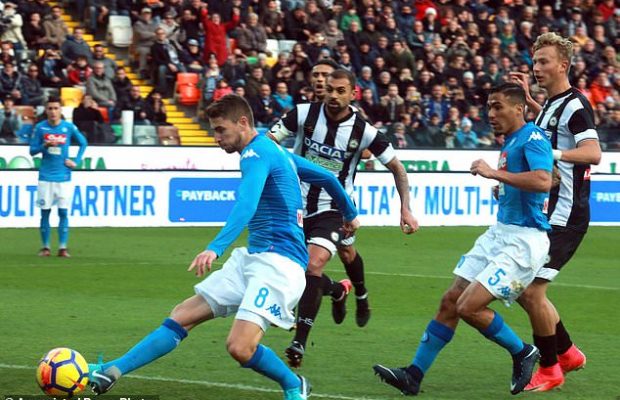 “There are still 18 points up for grabs,” insisted Napoli captain Marek Hamsik.

“The gap between us and Juventus is getting big, but we must keep believing until it’s no longer mathematically possible.”

A Napoli win over 13th-placed Udinese would put pressure on Juventus who have big games to come against historic rivals Inter Milan and Roma, who are both fighting for Champions League places.

Juventus travel Wednesday to Crotone in the sole of the Italian peninsula to face a side who are battling for survival, third from bottom of the table.

But Sassuolo and Spal have both recently shown Napoli and Juventus that it is possible to earn a draw even if you have 50 points fewer.