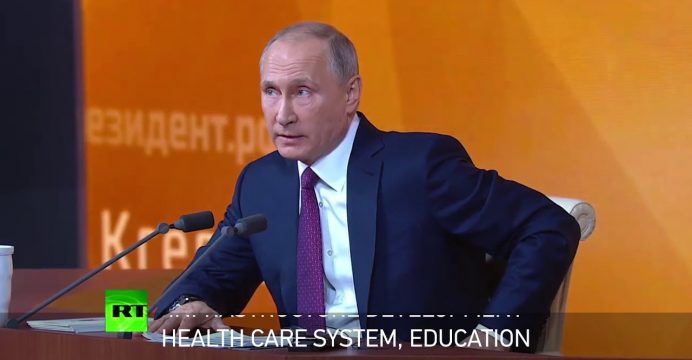 The editor-in-chief of Russian state broadcaster RT, commenting on a British investigation into how the station covered the poisoning of Sergei Skripal, joked on Wednesday the station was not to blame for the death of Skripal’s cat.

In a post on Twitter, RT’s editor-in-chief, Margarita Simonyan described the investigation by the British broadcasting watchdog and added the quip: “I reply immediately: the cat, it wasn’t us.”

That appeared to be a reference to Skripal’s cat, which was put down by British authorities after being found in his home in Salisbury, southern England.

Simonyan often deploys sardonic humor to bat away allegations from Western governments about her broadcaster’s impartiality.