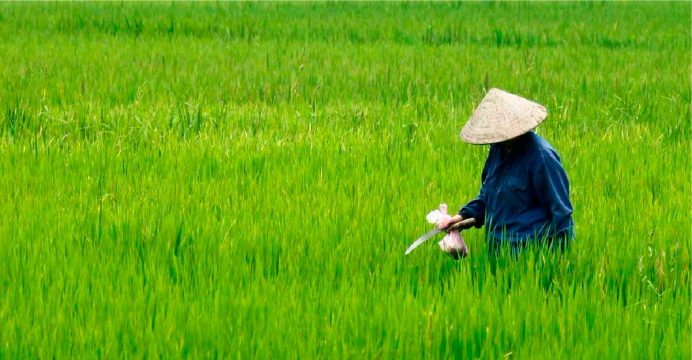 Chinese scientists have found a gene that can help reduce the effect of soil salinization on rice yields.

The gene, named STRK1, is crucial in reducing the harm caused by high salt infiltration, and increasing salt tolerance of rice, according to the research by Hunan University and Shanghai Institute for Biological Sciences under the Chinese Academy of Sciences, reports BSS.

The achievement of the research team led by Professor Liu Xuanming and Lin Jianzhong was published in the latest issue of “Plant Cell.”

Salinization of cultivated land affects the growth of grain crops and threatens food security. There are 950 million hectares of saline-alkali land in the world, of which China has 100 million hectares. About 20 percent of the world’s irrigated farmland has become salinized by global warming, resulting in low crop yields.

Rice is the dominant grain crop in China, but it is vulnerable to high salt environments. The research team has studied on how to improve the salt tolerance of rice for almost five years.

“The results of the research can help increase rice yields in saline soil and lay a foundation for related studies inbreeding,” said Lin.