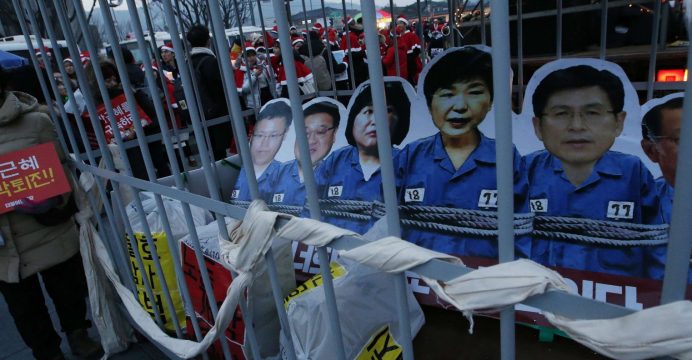 A South Korean court jailed former President Park Geun-hye for 24 years on Friday over a scandal that exposed webs of corruption between political leaders and the country’s conglomerates.

Park became South Korea’s first democratically elected leader to be forced from office last year when the Constitutional Court ordered her out over a scandal that landed the heads of two conglomerates in jail.

The court also fined Park, the daughter of a former military dictator, 18 billion won ($16.9 million) after finding her guilty of charges including bribery, abuse of power and coercion. 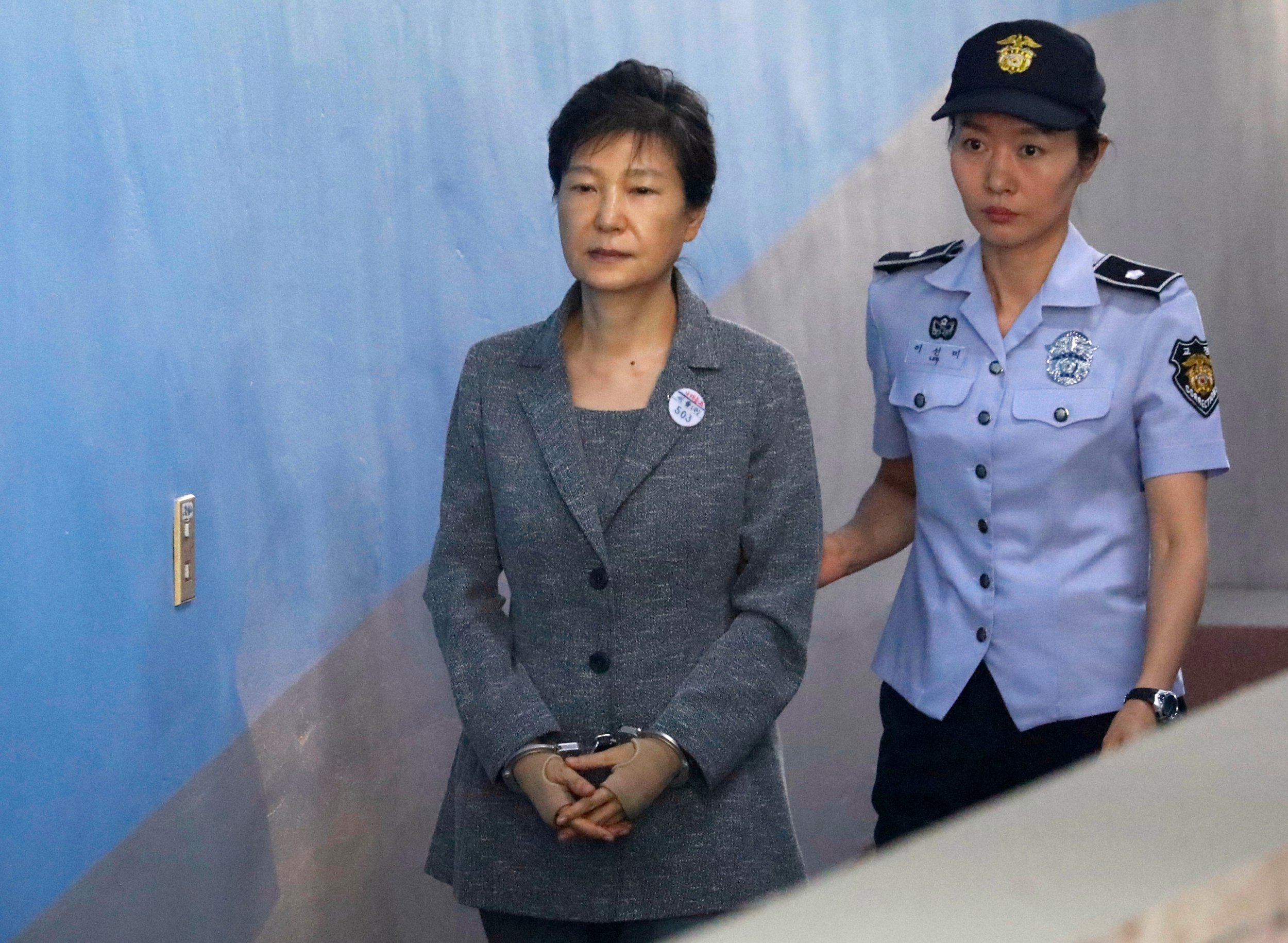 “The defendant abused her presidential power entrusted by the people, and as a result, brought massive chaos to the order of state affairs and led to the impeachment of the president, which was unprecedented,” judge Kim Se-yoon said as he handed down the sentence.

Up to 1,000 Park supporters gathered outside the court, holding national flags and signs calling for an end to “political revenge” against her.

The court found Park guilty of colluding with her old friend, Choi Soon-sil, to receive about 7 billion won ($6.56 million) each from Lotte Group, a retail giant, and Samsung, the world’s biggest maker of smartphones and semiconductors, while demanding 8.9 billion won from SK, an energy conglomerate.

Most of the money was intended to bankroll non-profit foundations run by Choi’s family and confidants, and to fund the education of Choi’s horse-riding daughter, the court said.

Park, 66, who has been in jail since March 31 last year, has denied wrongdoing and was not present in court.

The judge said Park had shown “no sign of repentance” but had instead tried to shift the blame to Choi and her secretaries.

“We cannot help but sternly hold her accountable,” Kim said.

Park apologized while in office for seeking help from Choi, who had no policy or political experience, but that was as close as she came to admitting any guilt.
Kang Chul-koo, one of Park’s state-appointed lawyers, said he would discuss with her the possibility of an appeal.

“We tried our utmost but regret the result turned out very bad,” Kang told reporters at the court.

“The truth will be revealed one day.”

The sentence will be a bitter blow for Park, who returned to the presidential palace in 2012 as the country’s first woman leader, more than three decades after she left it following the assassination of her father.

Her ouster from office last year led to a presidential election won by the liberal Moon Jae-in, whose conciliatory stand on North Korea has underpinned a significant warming of ties between the rival neighbors.

Moon’s office said Park’s fate was “heartbreaking” not only for herself but for the country, and added that history that was not remembered would be repeated.

“We will not forget today,” the office said.

Park is the latest former leader of South Korea to run afoul of the law.

Two predecessors, Chun Doo-hwan and Roh Tae-woo, were convicted in 1996 of mutiny, treason and corruption and sentenced to long prison terms but both received presidential pardons and were freed after a couple of years.