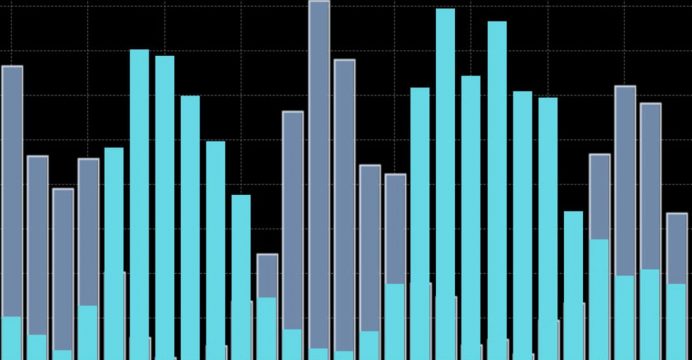 Crude prices and global equity markets fell on Friday after U.S. President Donald Trump upped the ante in a trade dispute with China that added to investor jitters about the potential impact the heated rhetoric may have on the world economy.

China warned it was fully prepared to respond with a “fierce counter strike” of fresh trade measures if the United States follows through on Trump’s latest threat.

A weak U.S. jobs report helped push U.S. Treasury prices higher as the economy created the fewest jobs in six months in March, but the market’s main focus was on mounting U.S.-China tensions.

“The jobs report is taking a back seat to the trade discussion and back and forth between the U.S. and China,” said Michael Arone, chief investment strategist at State Street Global Advisors in Boston.

“Think of it as a game of poker and (Trump’s) raising the stakes a little bit,” he said.

Oil prices tumbled, with U.S. crude falling about 2 percent. as China is a large importer of U.S. crude oil.

“The heightened possibility of an outright tariff war is conjuring up images of slowed economic growth that could curtail the strong oil demand that has helped to revive a strong pricing environment during the past couple of months,” Jim Ritterbusch, president of Ritterbusch and Associates, said in a note.

The dollar index, tracking the unit against other major currencies, fell 0.3 percent, with the euro up 0.25 percent to $1.2268. The Japanese yen firmed 0.32 percent versus the greenback at 107.07 per dollar.