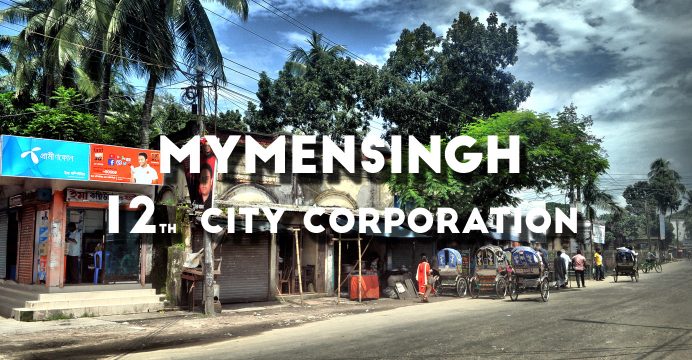 Mymensingh Municipality, a town with a 91.315sqk area and population of 4,71,858, has been upgraded as the country’s 12th City Corporation.

A proposal to extend the boundaries of the Mymensingh Municipality, established in 1869, did not get the green light, said Cabinet Secretary Mohammad Shafiul Alam. National Implementation Committee on Administrative Reforms (Nicar) approved a proposal in this regard at a meeting held at the Prime Minister’s Office here on Monday.

“But Mymensingh will be turned into a city corporation, as it is a divisional headquarters,” he told reporters at the Secretariat.

In 2015, Mymensingh was declared the eighth administrative division of the country. It consists of four districts—Mymensingh, Jamalpur, Sherpur and Netrokona.

After the meeting, Secretary of the Cabinet Division (Coordination & Reforms) NM Ziaul Alam said the new city corporation will be consisted of Mymensingh Municipality, two complete unions and parts of six unions from the 13 unions of Mymensingh Sadar upazila.

He said the Mymensingh City Corporation has been constituted following the fulfilment of all the eight criteria of forming a city corporation.