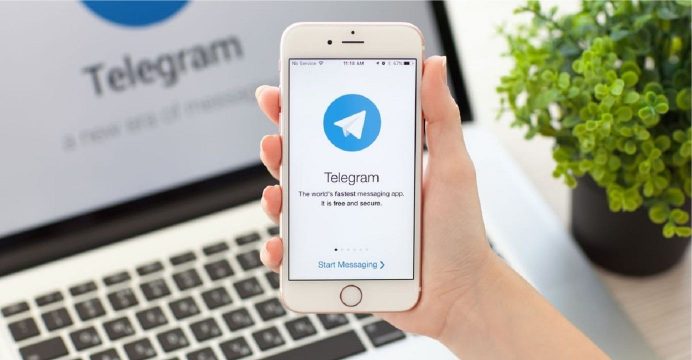 Messaging app Telegram to be blocked in Iran

The Iranian government is set to permanently block the messaging app Telegram over national security concerns and replace it with its own messaging app.

According to MNA, Boroujerdi said the decision to block Telegram was “made at the highest levels of government”.

Boroujerdi said during the interview the government would release its own messaging app later this month, citing “national security” as the reason the messaging service will no longer be accessible..

He added that he hopes Iranian-made messaging apps like Soroush will replace Telegram when it is blocked eventually.

Telegram is very popular in Iran, with about 40 million people currently using the app in the country alone.  The app was used extensively during the mass protests that took place late last year, reports Aljazeera.

At the time, Pavel Durov, the chief executive officer of Telegram, said on Twitter that Iran was “blocking access … for the majority of Iranians” after protesters used the popular messaging application to plan and publicise demonstrations.

Instagram, another popular social media app, was also blocked during the protests. Blocking encrypted messaging apps like Telegram while allowing messaging apps approved by the Iranian government raises concerns over the Iranian-made apps.

Telegram has over 200 million users worldwide, according to the company. The service, similar to other popular messaging apps like WhatsApp, WeChat, and Signal, offers communication via text, photos, videos, and calls. The app uses a proprietary encryption technology, which has led experts to raise questions about its security.

Telegram has been in a legal battle with the Russian intelligence service, FSB, when it refused to hand over its encryption keys to the government. Handing those keys over would mean the FSB could decrypt all messages sent using Telegram.

Last month, Telegram lost an appeal in court after the Russian government demanded the company hand over the keys.

The court agreed with the FSB’s claim that Telegram could not keep the encryption key private, according to the Russian constitution. Telegram has said it will continue to fight that decision.