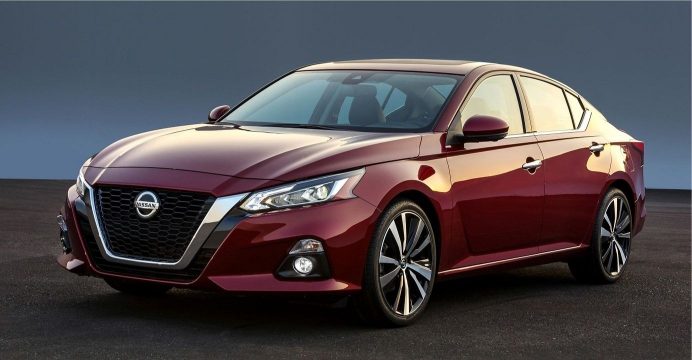 Nissan revealed the all-new Altima, bringing excitement back to the mid-size sedan segment with expressive styling, an uplifting interior, two new power plants, the first available Intelligent All-Wheel Drive in a Nissan sedan in the U.S. and advanced Nissan Intelligent Mobility features, including ProPILOT Assist. The 2019 Altima goes on sale in the U.S. in the fall, followed by other global markets at later dates.

The sixth generation of Nissan’s best-selling sedan made its world debut at the 2018 New York International Auto Show, alongside the first North American showing of Nissan’s Formula E racing car.

“This new Altima builds on 25 years and more than 5.6 million Altima sales to date – but to us, this is just a starting point,” said Denis Le Vot, senior vice president, chairman of the management committee, Nissan North America, Inc.

“That’s why we decided to shake up the midsize segment in terms of design, driving enjoyment and technologies that are advanced and affordable.”

The new Altima follows the 2018 LEAF in embodying the vision of Nissan Intelligent Mobility, making vehicles more desirable by re-defining how they are driven, powered and integrated into society. A key component is ProPILOT Assist, a single-lane “hands-on” driving assistance technology that eases driver workload by reducing the amount of driver acceleration, steering and braking input under certain driving conditions, such as single-lane highway driving. ProPILOT Assist is standard on the 2019 Altima SV, SL and Platinum grades. 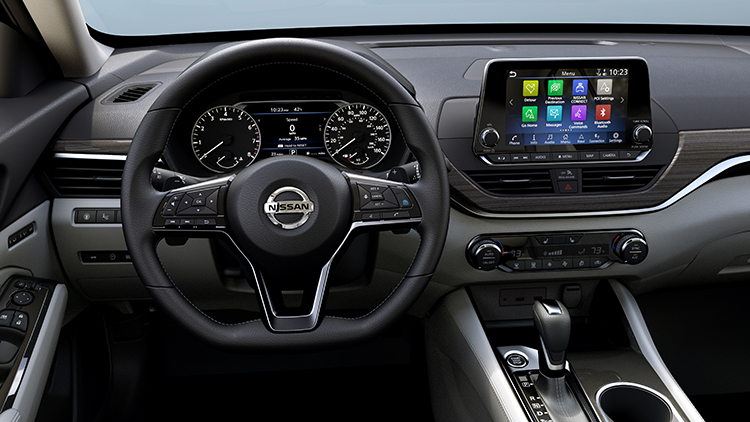 The 2019 Altima also offers available Intelligent All-Wheel Drive for the first time ever on an Altima. The AWD system is available on all trim levels equipped with the 2.5-liter 4-cylinder engine.

“We saw that the lack of available all-wheel drive has been a key factor in pushing U.S. buyers who prefer sedans to compact SUVs,” said Le Vot. “Of the top three selling midsize sedans in the U.S., only Altima will offer all-wheel drive. We expect this to be a key sales driver, especially for customers in the northern part of the country.”

The all-new Altima’s expressive design was inspired by the award-winning Nissan Vmotion 2.0 concept. The new Altima is lower, longer and wider than the previous generation with a highly balanced, aggressive stance that includes available 19-inch wheels and tires. Inside, the all-new premium interior features a wide “gliding wing” instrument panel – which accentuates the exterior’s low cowl and hood, helping create an open, airy environment.

The 2019 Altima will be offered in a range of trim levels – S, SR, SV, SL and Platinum. All five come equipped with the standard 2.5-liter engine and are available with Intelligent All-Wheel Drive. In addition, the Altima SR and Platinum grades are available with the advanced 2.0-liter VC-Turbo engine (front-wheel drive only). An exclusive launch edition based on the Platinum VC-Turbo will be offered in limited quantities and open for reservations in early summer 2018 (U.S. market only).

The innovative championship will be used to showcase Nissan Intelligent Mobility. The new generation Formula E car features striking new aerodynamics and an entirely new battery and powertrain package. Season five of the Formula E series is expected to begin in December 2018 and visit major cities around the world including New York, Paris, Berlin, Rome, Zurich and Hong Kong.