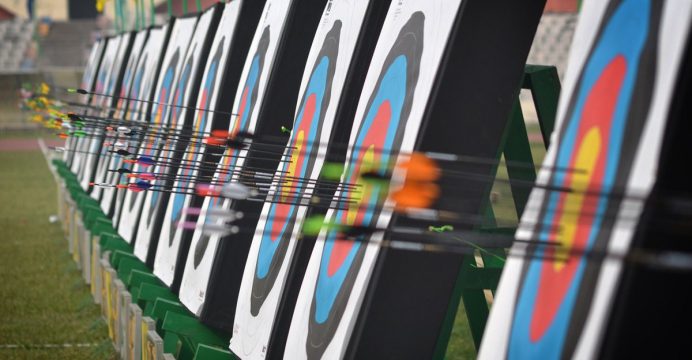 The local archers also secured five silver medals and a bronze in the competition that ended at the Bangladesh Krira Shikkha Protisthan or BKSP on Tuesday.

“I didn’t take any pressure as I know Rumman Bhai is more experienced than I am. Besides this, I would win the silver even if he beat me,” Ibrahim said.
The 17-year old also recalled the loss in his first competition abroad in last year’s tournament.

“I was afraid that time, and you can’t win a match when you are afraid,” he said.

He said his target is to play in the upcoming Youth Olympics.

Nasrin, however, lost the gold to Himani in recurve women’s singles final.

However, Bonya, Sushmita and Roksana were defeated by India in compound women’s singles.