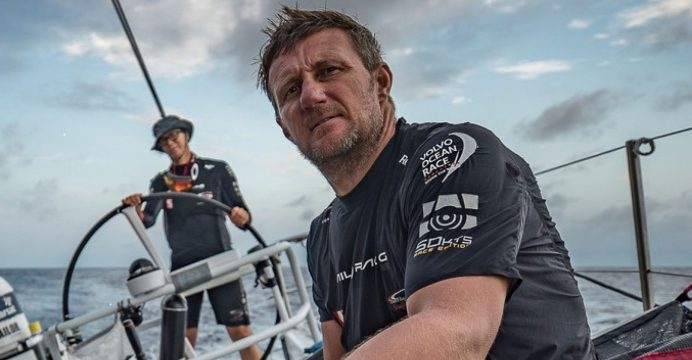 A yachtsman who fell overboard during a round-the-world race in the Southern Ocean is now presumed to be lost at sea, organisers say.

Volvo Ocean Race organisers said: “This is heart-breaking for all of us. We are devastated and our thoughts are with John’s family, friends and teammates.”

Other crew members are reported safe.

The Scallywag team aboard the 65ft yacht conducted an exhaustive search for several hours but they were unable to recover their teammate.

In a statement, the Volvo Ocean Race organisation said: “Given the cold water temperature and the extreme sea state, along with the time that has now passed since he went overboard, we must now presume that John has been lost at sea.

“Our thoughts and prayers go out to John’s family and the entire Scallywag team,” they said.

The team has since been forced to turn downwind and head towards the nearest safe landfall, on the South American coast.

A ship has been diverted towards the scene, but at it current speeds it is unlikely to reach the scene until Wednesday.

Mr Fisher, who lives in Adelaide but competes for Great Britain, was on watch and wearing appropriate survival gear when he fell overboard.

He was taking part in the 45,000 nautical mile race around the world for the first time.

The teams were on leg seven from Auckland, New Zealand, to Iajai, Brazil, when Mr Fisher went missing.