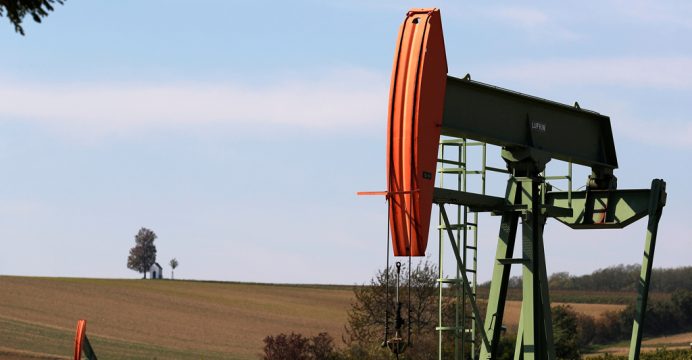 Global stocks came off six-week lows on optimism that the United States and China are set to begin trade talks, easing fears about a trade war between the world’s two largest economies.

The possibility of a full-blown trade war had weighed on the energy complex on fears that it could harm oil demand.

U.S. President Donald Trump last week signed a memorandum that could impose tariffs on up to $60 billion of imports from China.

“The … trade war story … should be taken into account when trying to quantify the potentially bullish effect of the geopolitical element in oil markets,” said analysts at consultancy JBC Energy.

Beyond trade concerns, crude was pressured by a rise in the number of active U.S. oil rigs to a three-year high of 804, implying further rises in production. C-OUT-T-EIA U.S. oil output has already jumped by a quarter since mid-2016 to 10.4 million barrels per day (bpd).

“With US crude production likely to be close to 10.5 million bpd by now and NGL (natural gas liquids) output also increasing strongly, there is a clear chance that year-on-year supply growth in the U.S. could at least temporarily hit 2 million bpd over the summer months,” JBC said

In Asia, Shanghai crude oil futures made a strong debut in terms of volume as investors and commodity merchants bought into the world’s newest financial oil trading instrument.